The Silver Seven Staff talk about the chaos that just concluded!

We unsurprisingly concluded our most recent Top 25 under 25 rankings with epic megastud Erik Karlsson this week, but just because he was unanimous doesn't mean the rest of the rankings were. We started the whole process back in July, and began publishing in August--which gave us all plenty of time to reflect on our own choices and stew with burning anger over each other's obvious wrongness. That meant it was time to reconvene and talk about what happened. Who were the outliers? What were we all thinking? Let's find out.
But first, here are everyone's rankings:
(click to enlarge) 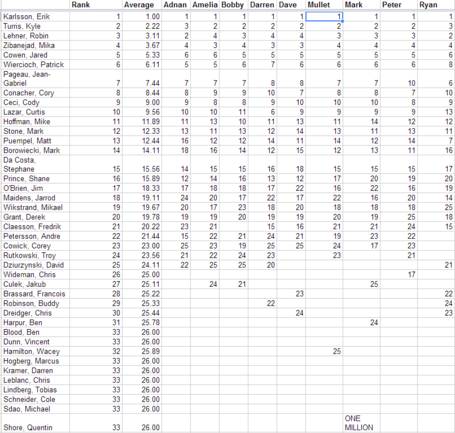