**Editor's note: Sometimes we read a FanPost so good that we have to make sure it gets seen by the wider community. This is one of those times. - nkb ***

Going to the Canadian Tire Centre to take in an Ottawa Senators game has long been a target for jokes about the time it takes to get there, the fact that the rink is sitting in a farmer’s field (even though that’s not technically true anymore), and getting out after the game being a horrific experience that drives (no pun intended) even the most committed fan through the roof.

Over the past year though, the decline in attendance has created a silver lining: ease of access to, and exit from, the CTC parking lots. The smaller audiences have meant that more options are available to the commuting fan…so where should they park? I present to you a handy guide. 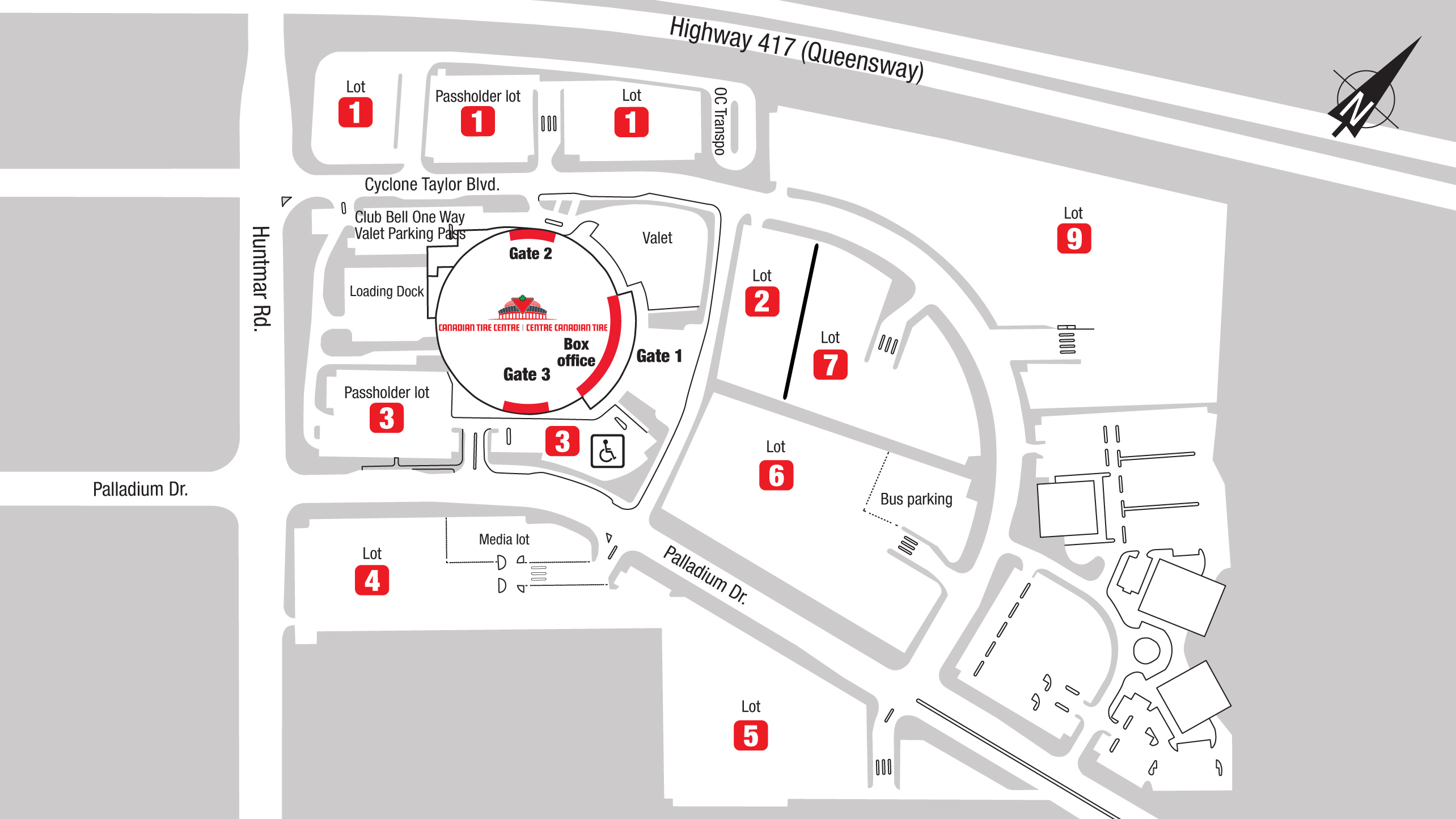 For the bourgeoisie of Senators’ fandom. There are limited spots here, as valet parking uses it. It is also the priciest lot. If you have a pass and opt to park your vehicle yourself like a commoner, it’ll cost you $30. If you want to take advantage of the valet service, it will cost you a crisp Mackenzie King, and that doesn’t include the tip. If you came to the game to take advantage of the $5 355ml can of beer deal, steer clear of Lot 1 if you want to keep those savings.

Prime parking. You’re not getting in here without a pass so unless you are (or know) one of the few hundred remaining season ticket holders, you won’t be getting in without some other sweet hookup.

If you have an accessible parking pass, you are entitled to use Lot 3. You still have to pay for a parking pass of course, but any previously purchased one will do. This is the entrance that most daily users of CTC facilities use so it has been known to happen that patrons will make use of the facilities when parking is free and keep the car there until game time. Rumour has it that some players do this, as the daily cost charged by Eugene Melnyk to keep their vehicles down in the loading dock are prohibitive, especially on league-minimum salaries.

The first general admission lot, but the priciest. Instead of the usual $12, you will be charged $25 to park in this one. Perks are that your hike to the arena is halved and you get a dedicated exit lane onto Huntmar Rd. Drawbacks are the extra cost and having to cross paths occasionally with Leafs fans from Toronto who drove up that day and even with the increased parking cost for this lot, the expensive beer, the gas, the wear-and-tear on their cars, and the snack costs at the Mallorytown OnRoute rest stop, are still paying less than taking in a game against the Sabres on a Tuesday evening. Worth noting that this lot also fills up quickly as media uses it as well. Get there early.

The first of the cheapest general admission lots. Parking here says to the world that you don’t value time over cost-savings. Getting into the lot is fine. Getting out is hellish. Police limit your ability to make certain turns from Lot 5 so you may be routed in a direction you don’t want to take. However, by saving the $13 from not parking in Lot 4, you were able to buy one (1) beer and still have enough for a McDonald’s coffee on the way home. Smart move.

Very similar to Lot 5 except it used to not even be paved in parts. That is how valued you are if you choose the plebeian lots. This means in the fall and spring you had to trudge through a recreation of the Battle of Passchendaele before you found your seat so your feet could stew in your soggy winter boots until 11:34 in the third period when you had to start your journey back to your car if you wanted to get home by a reasonable hour. The dilemma here was, did you get to the lot early so you could park closer to the building and avoid your Tough Mudder race to the door at the risk of being stuck at the back of the line on the way out? Or did you park at the back of Lot 6 so you could be the first car out, but you had to manage the mud and distance on your way in? Your call.

Since it's been paved, however, it's less gross, but still inconvenient. Better get selfish in the driver seat if you want out quickly.

Very much like Lot 2, but further. Reasonable compromise of distance to door and ease of exit on your way out, I’ve had mostly pleasant experiences in Lot 7 except for the one time a lifted Dodge Ram merged in front of me and popped the headlight out of my mom’s 1997 Toyota Camry. Decent spot if you can get it.

Lot 8 is very much like the Senators’ future success with Melnyk as owner: non-existent. For some reason, there is no Lot 8. If a STH friend tells you to meet them in Lot 8, you should think about getting better friends.

Did your burger platter take too long to get to your table at Darcy McGee’s? Was there an accident at the corner of Terry Fox and Hazeldean? Couldn’t find your tickets in your house before you left? Whatever your reason, if you’re parking in Lot 9 it is because you had no other choice. It is far. It’s a tough walk in and it’s a tough walk out. This is only a pleasant lot to be in during the preseason and if we’re lucky enough to make it into the second round of the playoffs. The rest of the season is a mix of sideways rain or snow and wind. You’re often left wondering if the CTC creates its own micro-climate with an immense low-pressure zone. If you’re up for the challenge, you’re rewarded with the same low price as lots 5 and 6. Enjoy the game.

Don’t take the bus…at least not anymore. The dedicated 400 series service was not great before and since the LRT debacle, service has suffered even further.D

Don’t try parking in the lots of the companies located on Palladium. They often hire extra security for game nights to step up patrols to prevent people from trying to save a few bucks by parking east of the mighty Jock River. Skip it.

You could also park for free in the fast-encroaching Stittsville suburbs but have to contend with a worse walk than lot 9.

Ultimately, the biggest problems with the CTC parking situation aren’t plaguing the fans who continue to go to games. With the lowest average attendance in the league, it is borderline pleasant to park at these games now. However, the rink needs to get downtown so the majority of fans can get to the games on the LRT can trickle into the games on replacement and supplementary bus service.