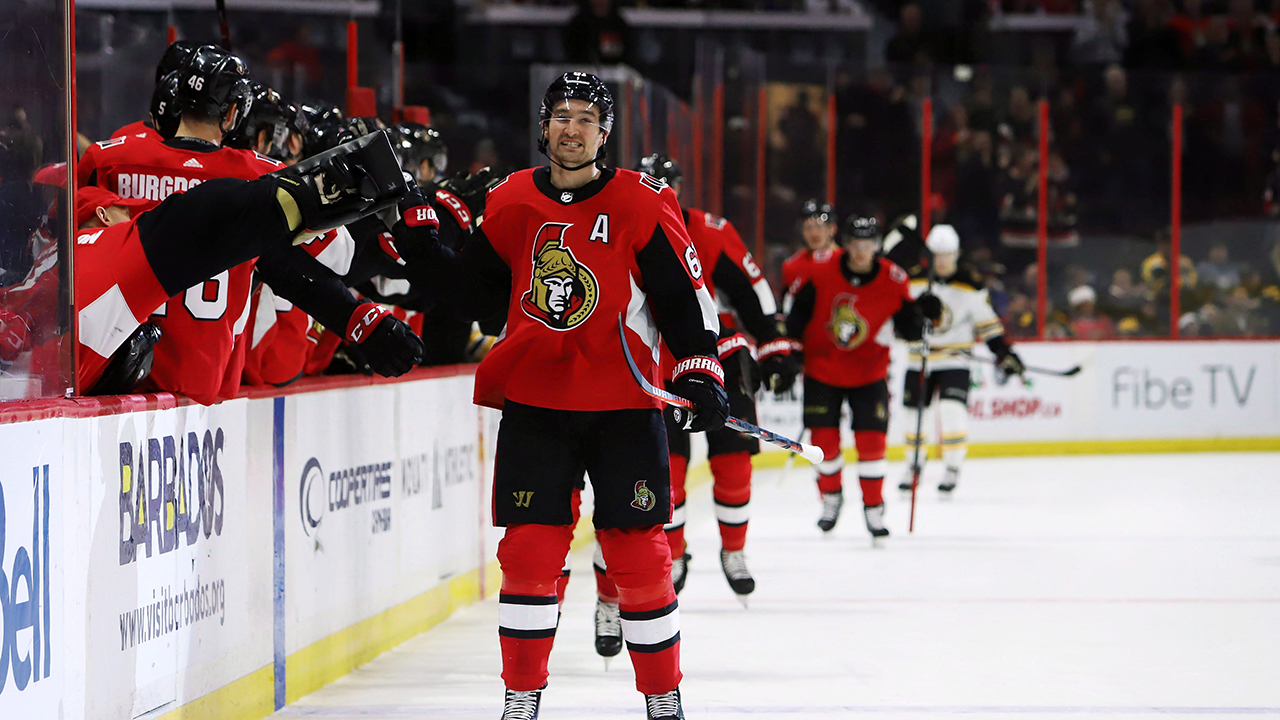 It is rare in sports to see a team go through the type of transformation that the Ottawa Senators have undergone since 2017. The process of downsizing the team, all by methodically trading away their best talent for prospects and picks, is a process that is sure to be controversial when looked back upon, especially for the Senators who may or may not have gone through that process as a result of their owner being unable to afford the organization. At the time, many of the moves Ottawa made seemed anti-competitive and mostly financially oriented. People blamed Eugene Melnyk who either did not want to pay Ottawa's players, or simply could not afford to. What if the decision to not pay Ottawa's talent was actually not Eugene Melnyk's, but entirely general manager Pierre Dorion's?

Much is made about the Senators' 2016-2017 season, where it seemed like everything came together. Boasting the best defenceman in the league, a strong lineup of forwards, and good goaltending, the Sens made it to the Eastern Conference Final and just lost in double overtime of the final game to the eventual Stanley Cup Champions. It is often pointed to this season and how good the Sens used to be when people discuss the anti-competitive nature of the trades that took place, despite the trades having actually occurred after the 2017-2018 season, when the Sens had cratered to the second-worst record in the NHL, and had multiple of their best players soon up for renewal of their contracts. Is it unlikely to think that Dorion decided that the core had already run its course and reached the highest peak they ever would?

Considering this perspective, and perhaps somewhat absolving Melnyk's possible penny-pinching, it's worth asking the question of whether or not the Senators rebuild was necessary.

Why the rebuild wasn't necessary

I think the main argument to be made against the rebuild being necessary is the idea that the core group of players that fell flat in 2018 would have rebounded if given time and new contracts, because there was simply too much talent for them not to succeed. A two-time defenceman of the year Erik Karlsson, best two-way winger in hockey Mark Stone, near pomt-per-game centre Matt Duchene, as well as the offensively talented Mike Hoffman and speedy Ryan Dzingel is a good core, but is it one you can build around? All of them were aged 28 or older and needed to be paid. Of course, Ottawa had recent draftees like Thomas Chabot, Colin White and Brady Tkachuk on the way as well as Drake Batherson, Alex Formenton and Logan Brown. Perhaps the Senators would have risen again had they kept their core and waited on their prospects.

Why the rebuild was necessary

On the other hand, Ottawa was a flat-out not good team in 2018. The team lost its momentum early in the season and never regained it. Worse than their record was that the locker-room appeared to be completely at odds by the end of the season. And had they not traded away their veterans, they would never have drafted or acquired Tim Stuetzle, or Jake Sanderson, or Erik Brannstrom, or Josh Norris, multiple prospects with seemingly high ceilings that could end up shaping a significant portion of the Senators' future alongside the other prospects mentioned above, not to mention the numerous later round picks acquired from the trades as well. You could also say the rebuild was necessary because the period of success before the rebuild wasn't so concrete. Although the team made it to an Eastern Conference Finals in 2017, they'd also missed the playoffs three times in the five seasons prior.

We still don't know the extent of Melnyk's money issues. Just because it's possible that Dorion was the one who decided to rebuild doesn't mean it didn't have something to do with Melnyk's financial situation. There are still plenty of signs that Melnyk can't afford the team. He's refinanced the organization almost yearly. Just a few weeks ago Ottawa's coaches had to petition the NHL to recoup their salaries. The Sens notably didn't pay Alfredsson's final year, and traded Spezza instead of extending him. Also, the Mika Zibanejad trade from 2016 strikes as one that could have been financially motivated. That was either not wanting to pay a 23 year-old his worth or a strange overvaluing of a 28 year-old Derick Brassard by Pierre Dorion.

That said, if the rebuild was Melnyk's doing, does he get credit if it works? I mean, the Senators have never had a group of prospects this strong in their 28 years as a franchise. While most of them have yet to prove anything at the NHL level, the combined pre-NHL success is pretty definitively unlike any the Sens have ever had. If they pan out, and the Ottawa Senators eventually become a consistent playoff team with their current core, then I think the not paying of all those once-crucial Senators would be looked back upon as a necessary stepping stone. This is assuming the next wave of Senators talent gets paid..

Regardless, the Ottawa Senators have overhauled their roster this offseason. Adding two-time Stanley Cup winning goalie Matt Murray, first-line winger Evgenii Dadonov, top-six defenceman Erik Gudbranson, top-nine forward Alex Galchenyuk and depth players like Josh Brown and Austin Watson should help improve what was the second-worst team in the NHL last season. So should adding multiple highly-touted rookies, picking from Tim Stuetzle, Drake Batherson, Alex Formenton, Logan Brown, and Josh Norris. Compared to the struggling Senators teams of the past three years, this year's team should be more versatile and should be more difficult to play against.

The Sens have quite a long way to go. They have 29 teams to leap-frog.