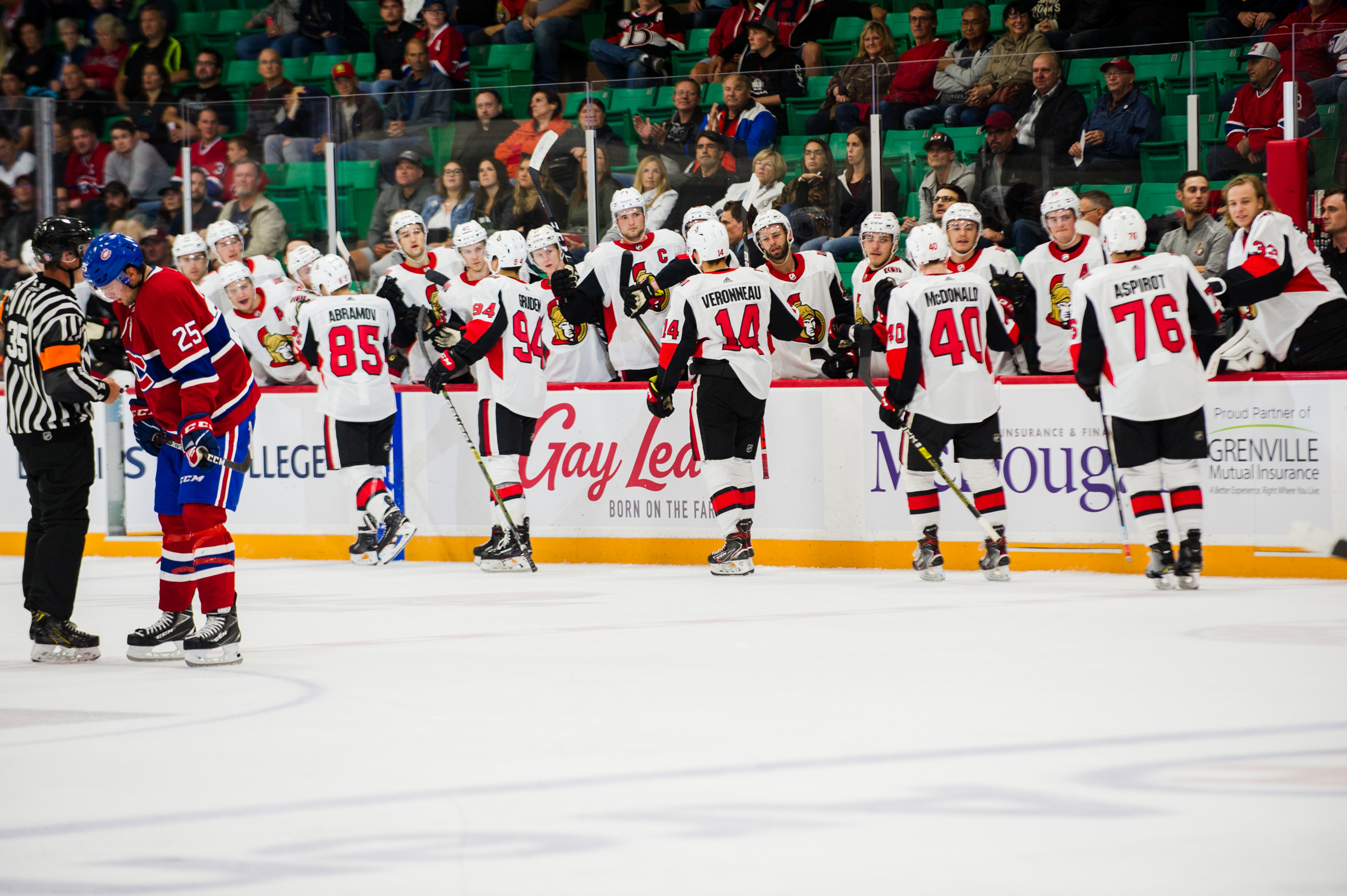 This weekend I made the trek from Algonquin College in Ottawa to the CAA Arena in Belleville to get an in person scouting experience as the Ottawa Senators rookies took on the rookies of the Montreal Canadians. It was worth the journey as the Sens’ rookies improved their record to 2-0 on the weekend. I thought I would use this platform to share some positive thoughts after tonight's 4-2 victory:

* Abramov was the undisputed first star of the evening.

* His first goal showcased his hand-eye, deflecting an Erik Brannstrom point shot from the tip of the crease to make it 1-0 Ottawa on the power-play.

* His second goal displayed his slick hands, as well as his patience. He undressed Canadian’s goalie Cayden Primeau before elevating the puck top shelf to regain the lead for the Senators.

* His Hat-trick goal showed off his skating ability and his rocket of a shot, as he caught up to the play in time to set up and one time a bullet bottom corner, giving the Sens a 3-1 lead, and a little breathing room.

* Most impressive for me, was how despite being on the receiving end of multiple heavy hits, Abramov possesses relentless endurance and had himself a night offensively.

* It is easy to see how he has won consecutive Jonathan Pitre awards as hardest working player at Sens dev. camp.

* The sequence where he absolutely destroyed a Montreal player (who's name escapes me) not once, but twice in a matter of seconds was quite enjoyable.

* Formenton’s speed is a sight to behold in person.

* His rush where he undressed a Canadian’s D-man on the outside, cut back to the inside, before attempting to tuck the puck in far side on his backhand and just missing the post was a reminder of how lethal his speed is as a weapon.

* Brown and Batherson have outstanding chemistry and they connected for multiple scoring chances, especially early in the first period.

* Brown may not use his size to hit, but he uses it to his advantage by winning races to the puck, sometimes leaping over the opposition.

* Brown is a very good skater for his size.

* Batherson is already benefiting from summer training with Crosby, MacKinnon and Marchand.

* Raisin-Brann displayed poise with the puck throughout the game, breaking out of his end; occasionally with ease.

* He was very quick to capitalize on the opportunity he had to set up Abramov on the first goal of the evening.

* Its unfortunate Daccord got hurt on the final play of the evening while surrendering a goal. Although Belleville Head Coach Troy Mann says the team expects that Daccord is "going to be fine."

* Daccord stood out, however not as much in a positive way.

* He makes me nervous every time he plays the puck, especially since he went for a couple adventures in his NHL debut in April.

*He did stop the necessary amount of shots to get the win, though.

The fact we can rave about such a high volume of prospects is tremendous. This may be the best and most exciting time of the season to be a Sens fan. Training camp, which begins next week, should be a great competition for roster spots.