Anyone who attends sporting events knows the food experience is always one of the most important factors. Even more so for season ticket holders who can quickly tire of the same food over and over again. For a while the lack of selection at the Canadian Tire Centre (CTC) for Ottawa Senators games was a complaint among many fans. The Sens took initiative in 2015 to begin improving it by introducing new options such as the Farm Boy Fresh Zone and Smoke's Burritorie (a spin off of the successful Smoke's Poutinerie). There's also been recent additions with partnerships to bring in the likes of Golden Palace egg rolls and Fatboys Southern Smokehouse Sandwiches.

Even with all the new additions, fans still found the food selection lacking. Aramark Sports & Entertainment is the company in charge of the food and beverage experience at the CTC, and when many hear the name Aramark, they don't usually think of a strong food experience. Well it looks like they've listened and may finally be starting to turn it around for the Sens.

It turns out there's been many new additions to the menu at the CTC, many of which most fans probably aren't even aware of. The team decided to host a Foodie Night prior to the March 14th game against the St. Louis Blues and as part of the Sens Digital Influencer program, I managed to nab an invite. 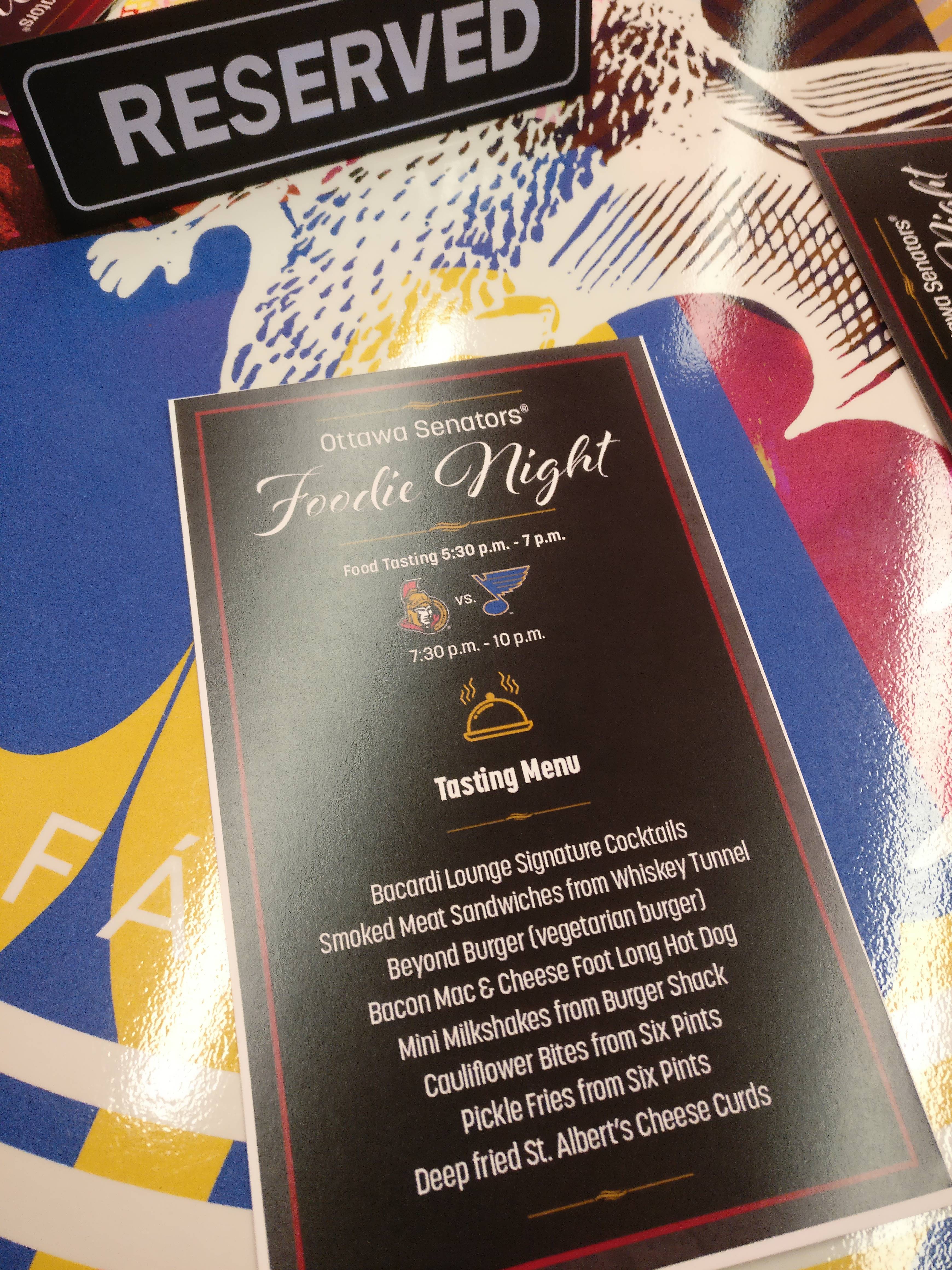 It was held in Section 109 in the Bacardi Lounge, where they're selling new signature cocktails for $12.75 each. 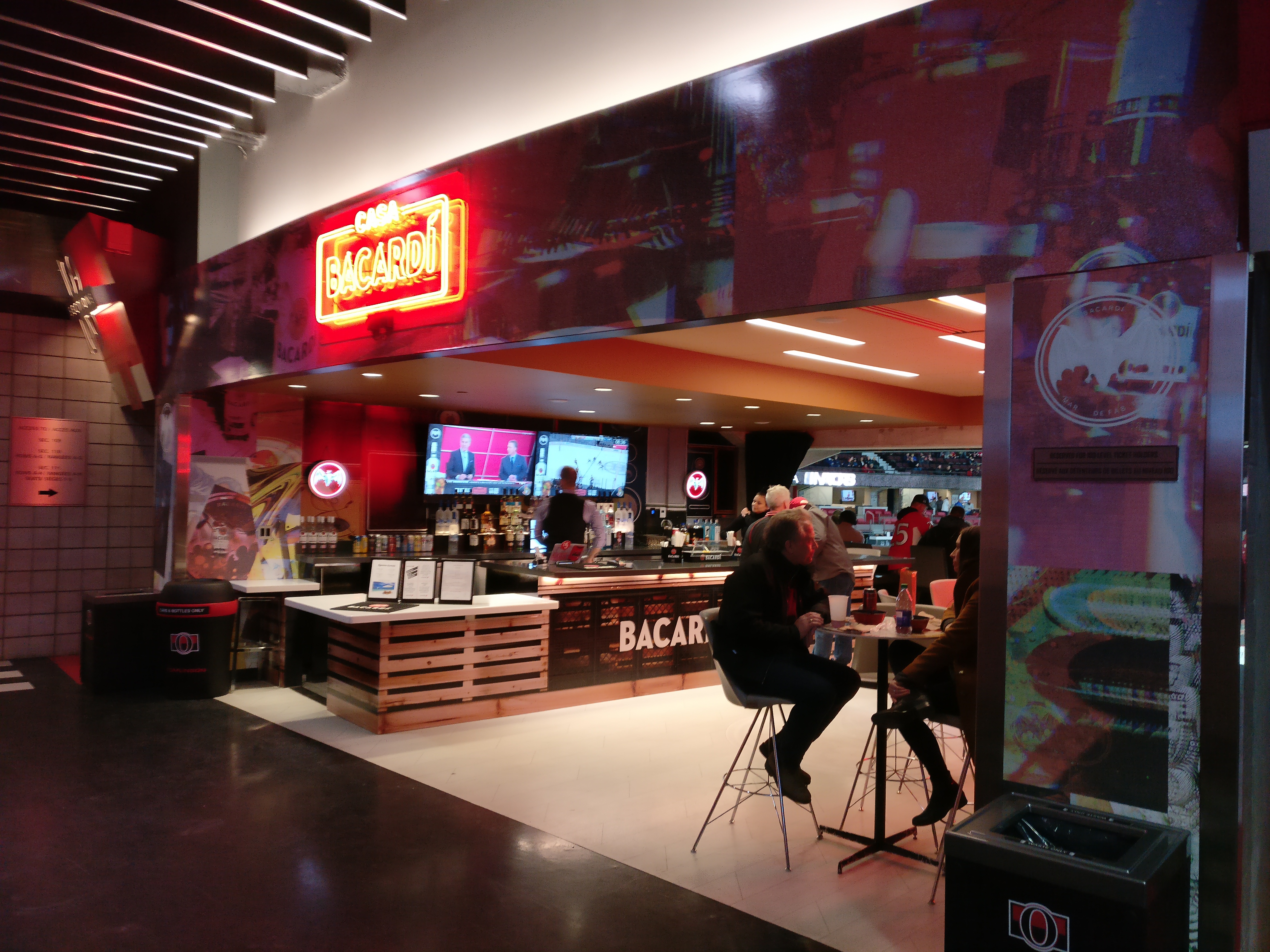 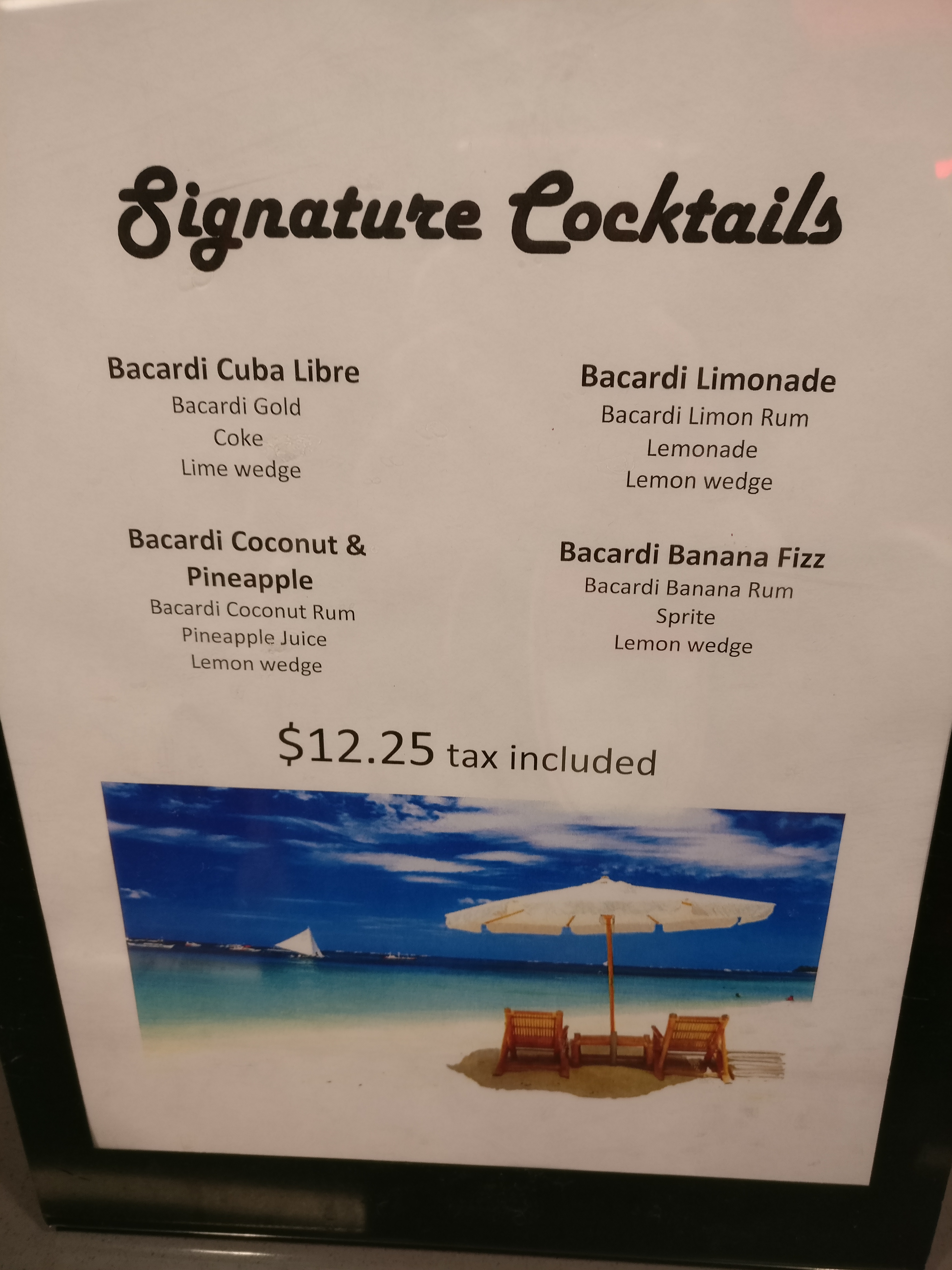 We got to try our choice of two drinks. I went with the Bacardi Cuba Libre and the Bacardi Coconut and Pineapple.

EDIT 3/15/2019: Note that the drinks we were served were half sizes, and the ones that are purchased will be around double the size of the image below 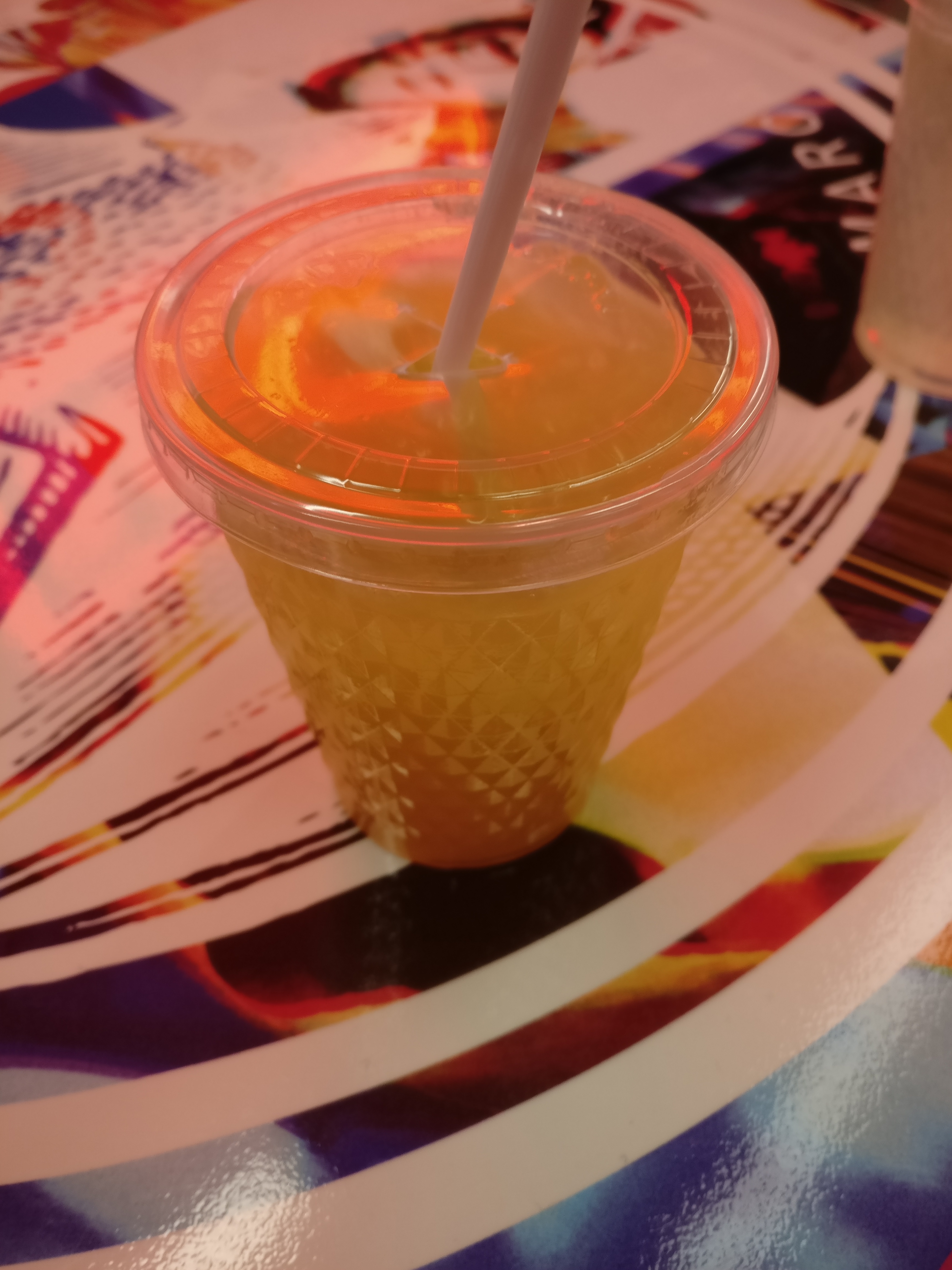 I'm not a big mixed drink person, but I could barely taste the alcohol in them, and would probably guess there's less than a shot in each (of our half samples). At $12.25 a pop, I think you'd be better off buying a beer.

But on to the food. As you can see in the pamphlet in the first photo, they provided us a spread of foods that are all available now. You can see a video and pictures below. One addition they had that wasn't listed on the pamphlet were churros. 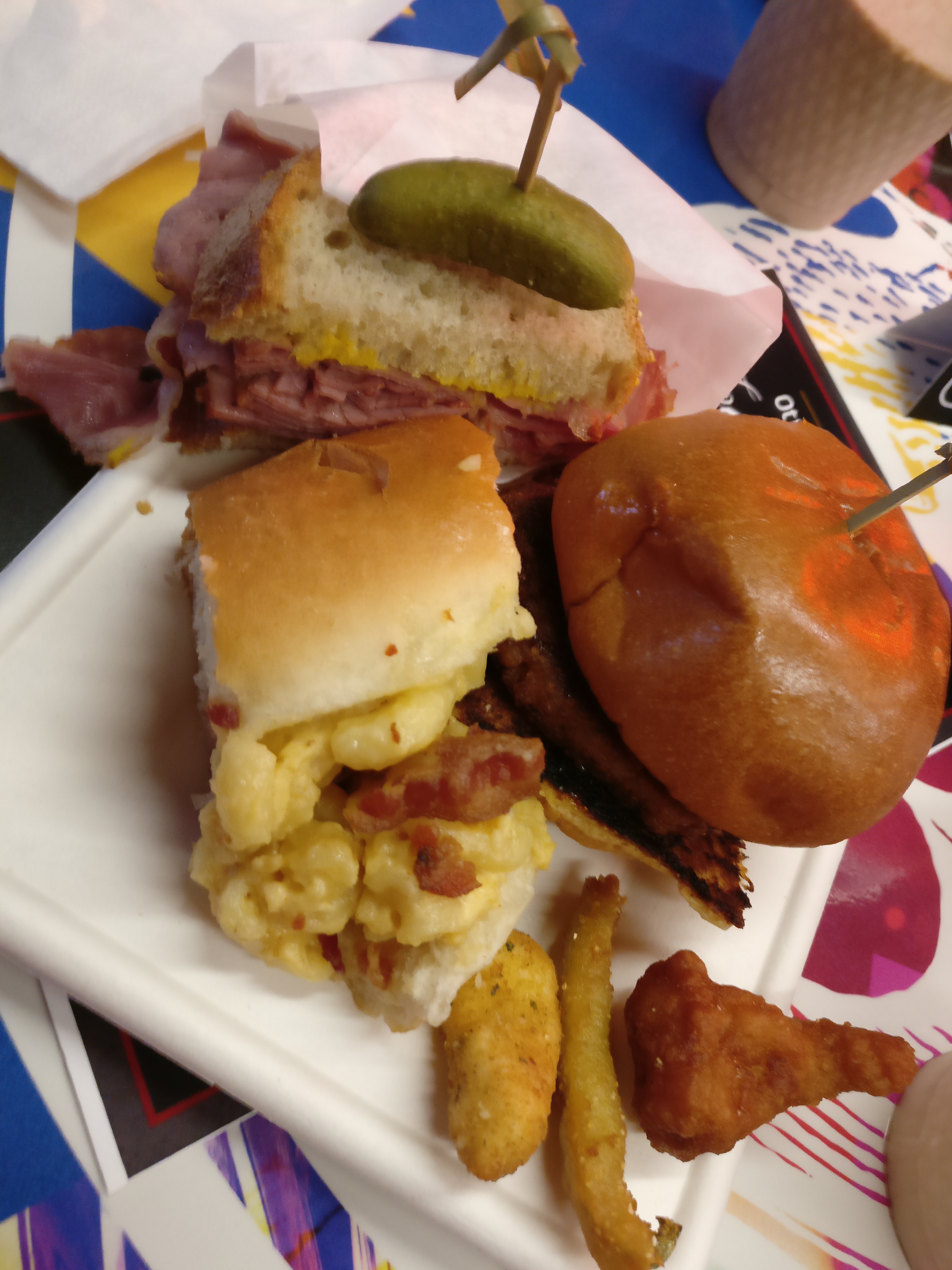 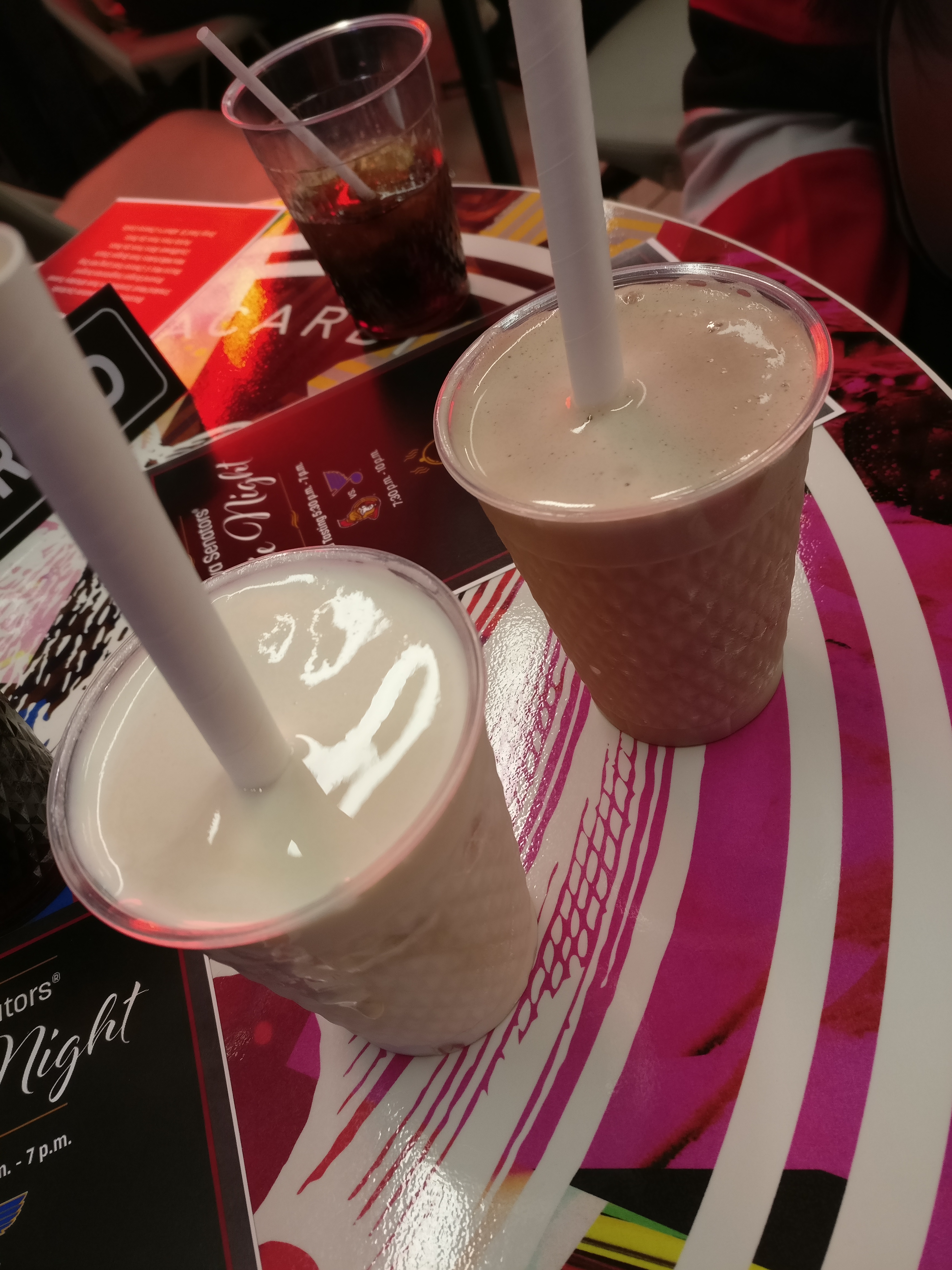 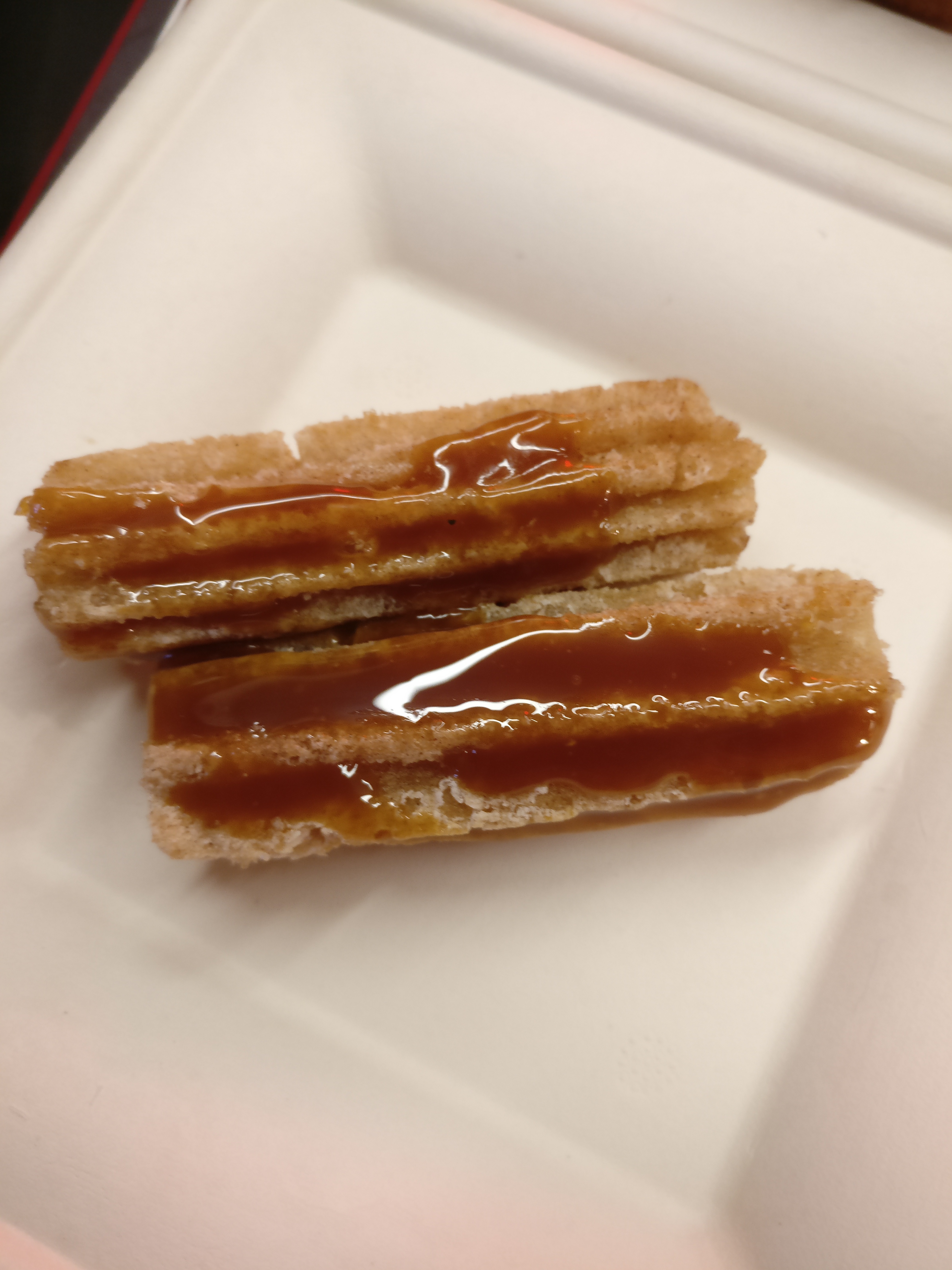 Prior to eating, Chef Andreas addressed us. He told us that looking forward to next year they want to continue building on this. They've tried new items this year to see how well received they are such as taco bowls and bao buns, and are considering them to be permanent additions. As he said, they're doing this "so we can move into the 21st century" when it comes to food. 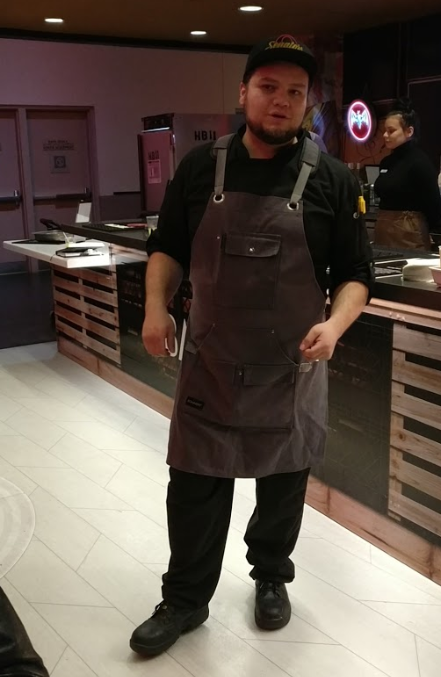 Now I'll just give my quick opinions on all the new items offered in terms of taste.

Smoke Meat Sandwich: So the Sens have actually sold these the past couple seasons. I always found them disappointing in that I think they could and should be better. They're not particularly bad, they just aren't particularly good. They kind of just taste like you bought some smoked meat cold cuts at the grocery store, warmed them up, and threw them in a sandwich.

Beyond Burger (Vegetarian): This was actually the first vegetarian burger I've ever tried, and I was actually quite surprised how tasty it was. The texture is similar enough to beef, just lacking the strong flavor. However, topping the burger with the usual burger toppings and you don't even really notice you're not eating beef. It's actually kind of impressive. If you're a vegetarian, this is the item for you.

Bacon Mac & Cheese Foot Long Hot Dog: Exactly what it sounds like, and exactly what you'd imagine it would taste like. Nothing more, nothing less. I think the impressive part of this item is the actual presentation if you buy it. I saw someone order it once and it is huge (thus the foot long part). Definitely good for those who like to share pics of their food.

Milkshakes: A solid milkshake. Tastes exactly like I'd want a milkshake to taste like, thick enough while maintaining the ice cream taste.

Cauliflower Bites/Nuggets: These have exploded in popularity it seems, everyone has them now. The ones here have a thicker coating, but are cooked long enough to render the outsides very crispy. So if you like that, you'll probably like this version of them.

Pickle Fries: They actually cut the pickles quite thin for these, so the breading surrounds it nicely to form a fry shape. I actually think I prefer this version over the thicker full cut deep fried pickles.

Deep Fried St. Albert's Cheese Curds: You either like cheese curds or you don't. If you do, do you like deep fried foods? Then you'll probably like these. I certainly did.

Churros With Salted Caramel Sauce: Tasted like a churro should. If you're craving a warm dessert, now you have this as an option.

So now you're probably wondering, where are these items available, and how much is it going to cost me? Well I took a walk around the building to find out. 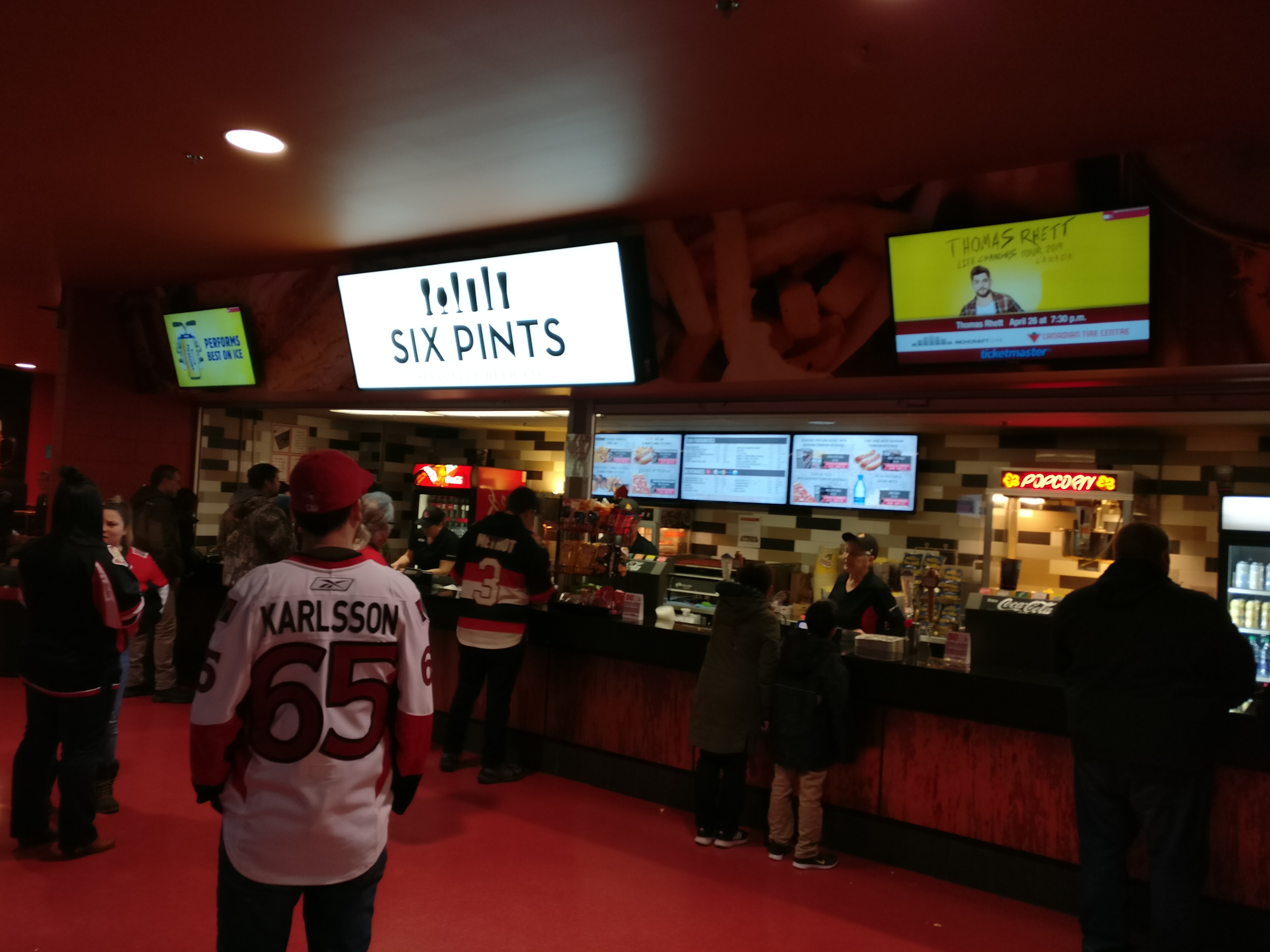 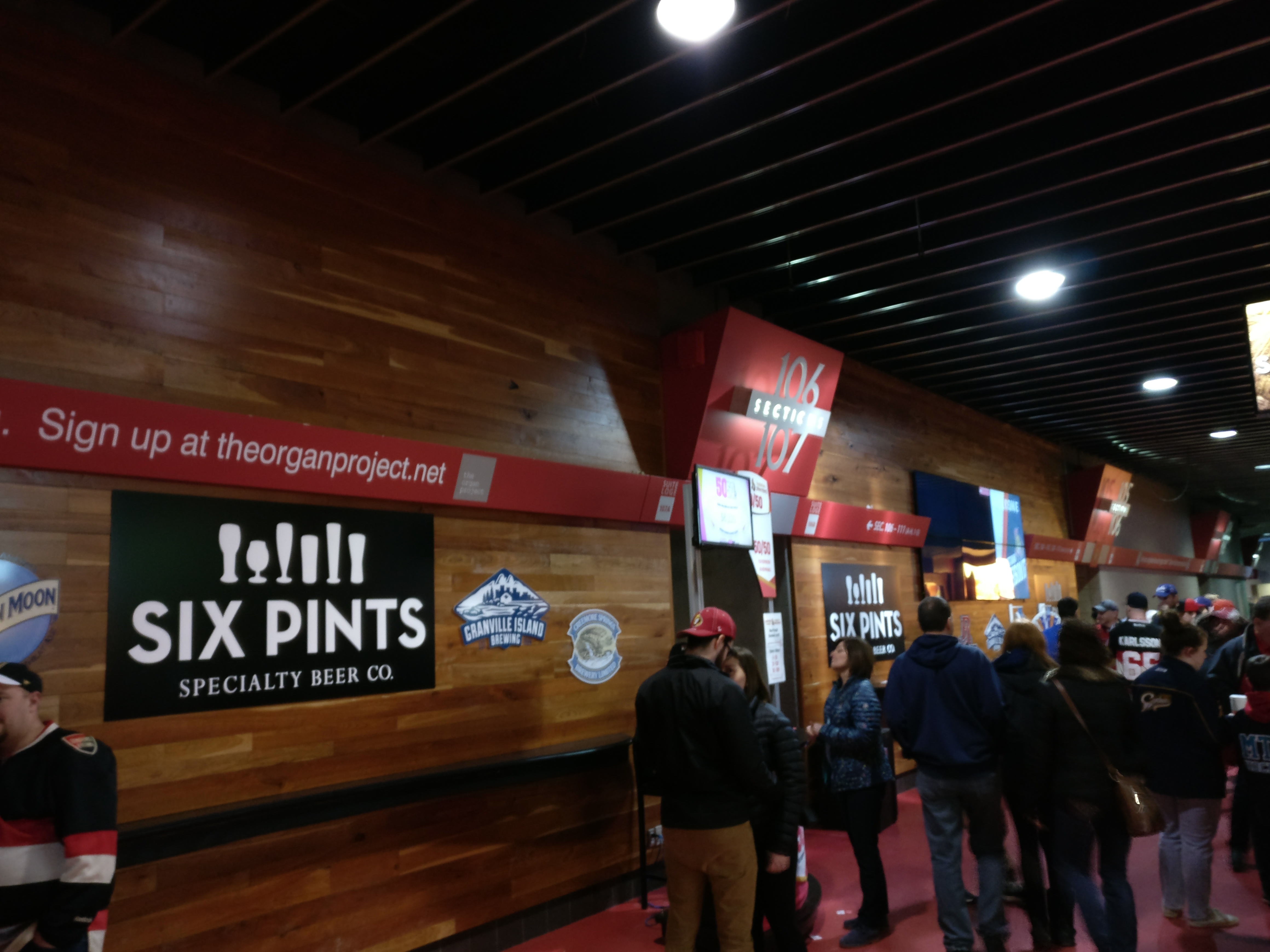 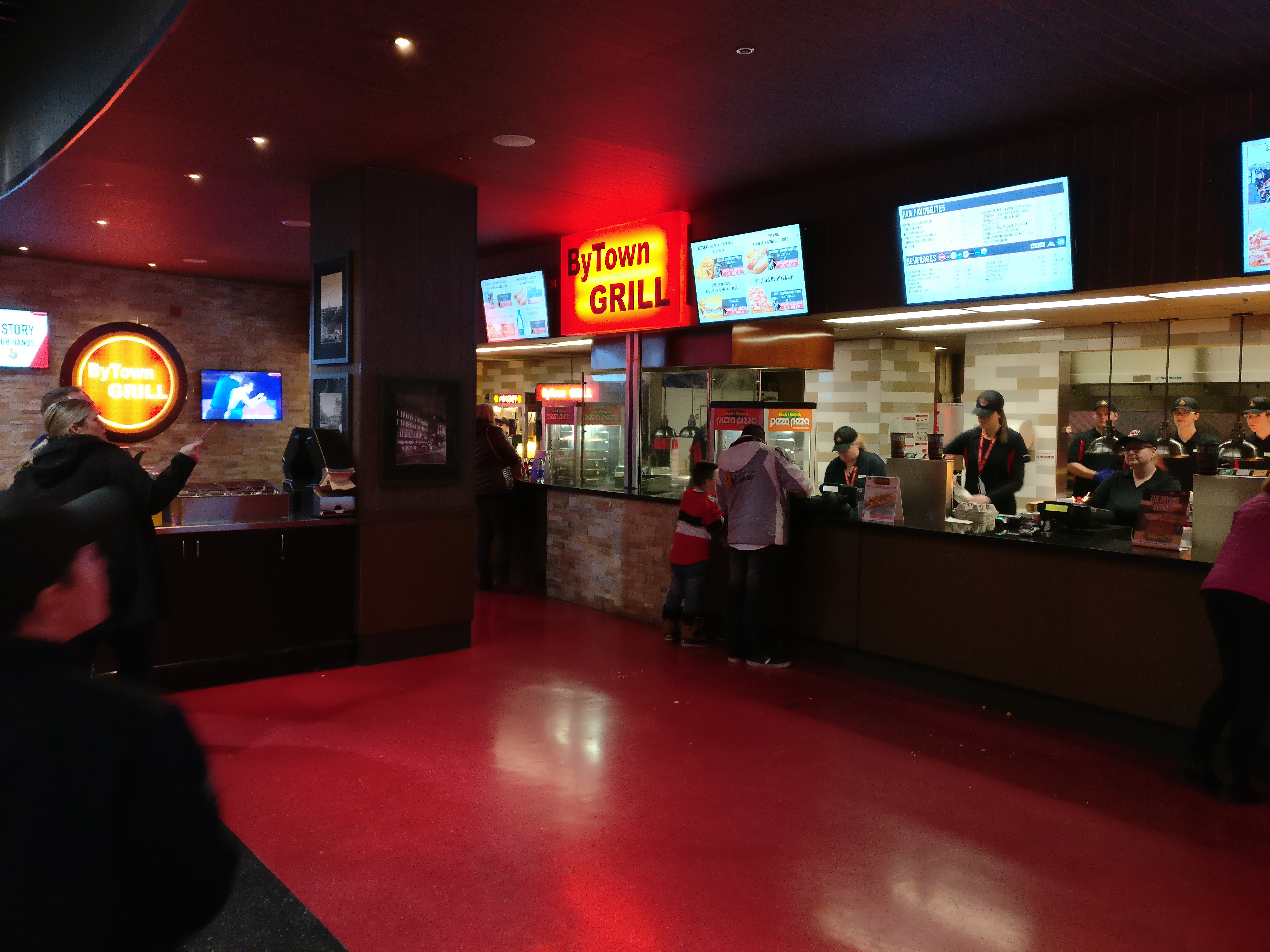 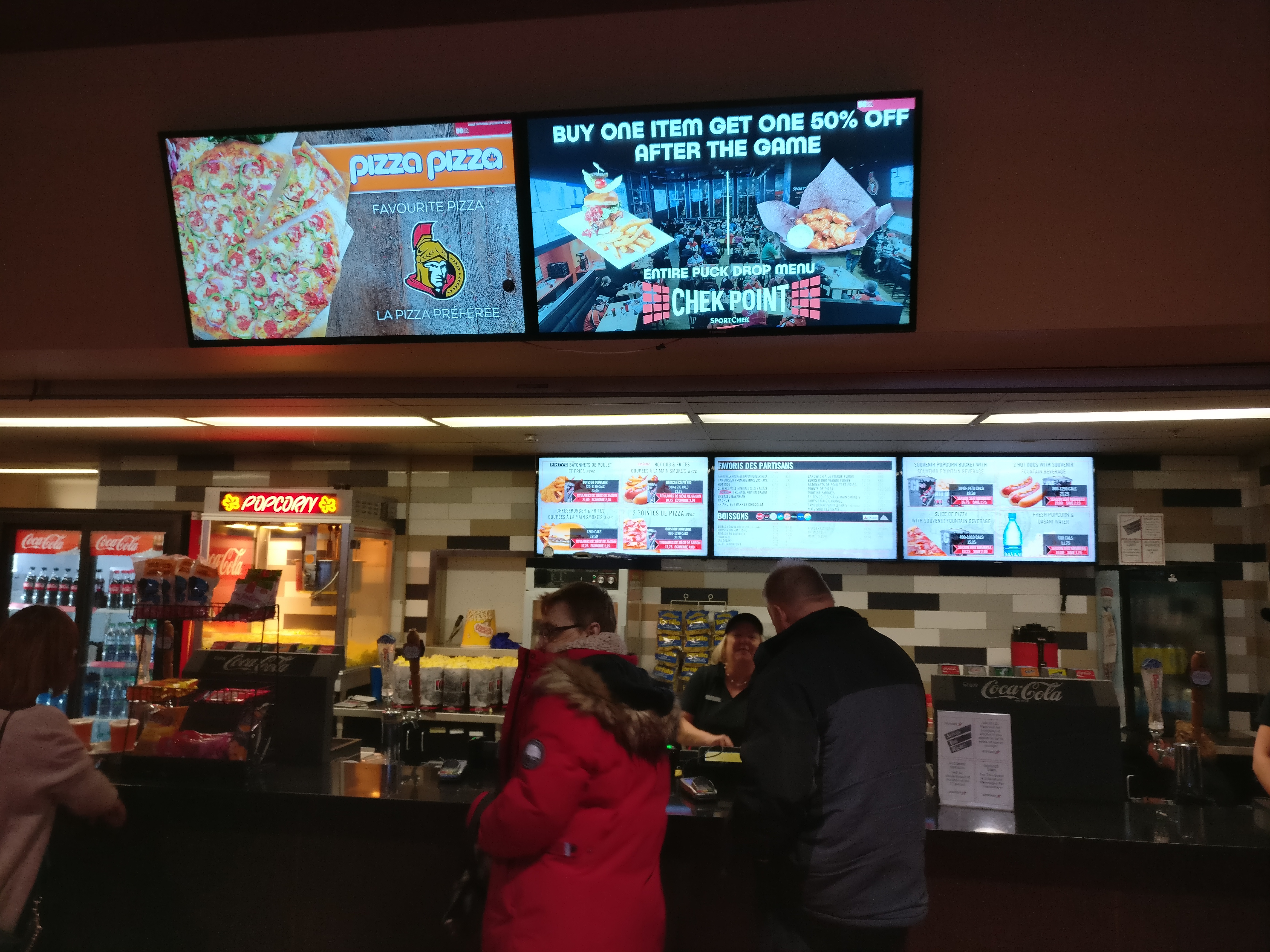 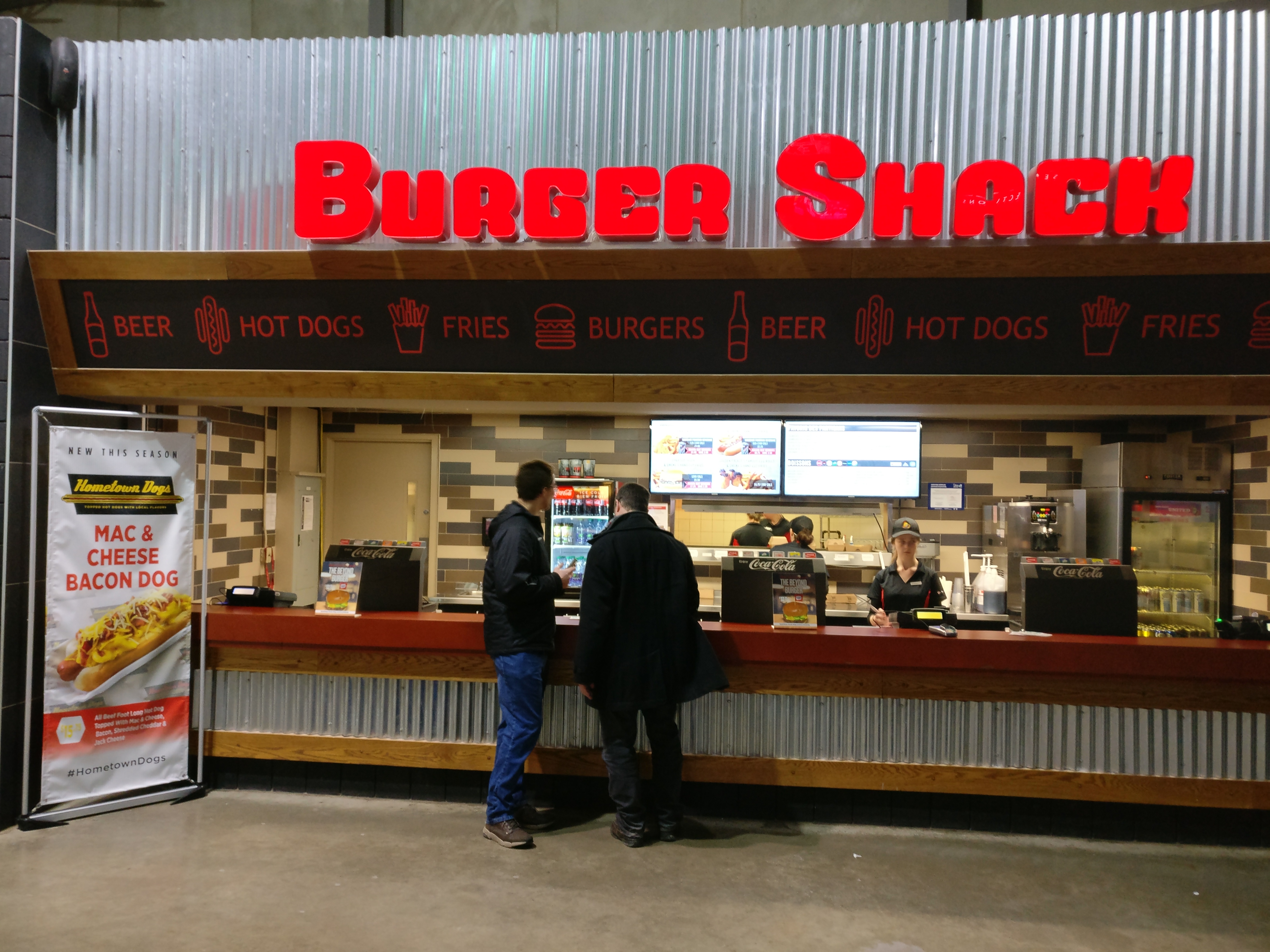 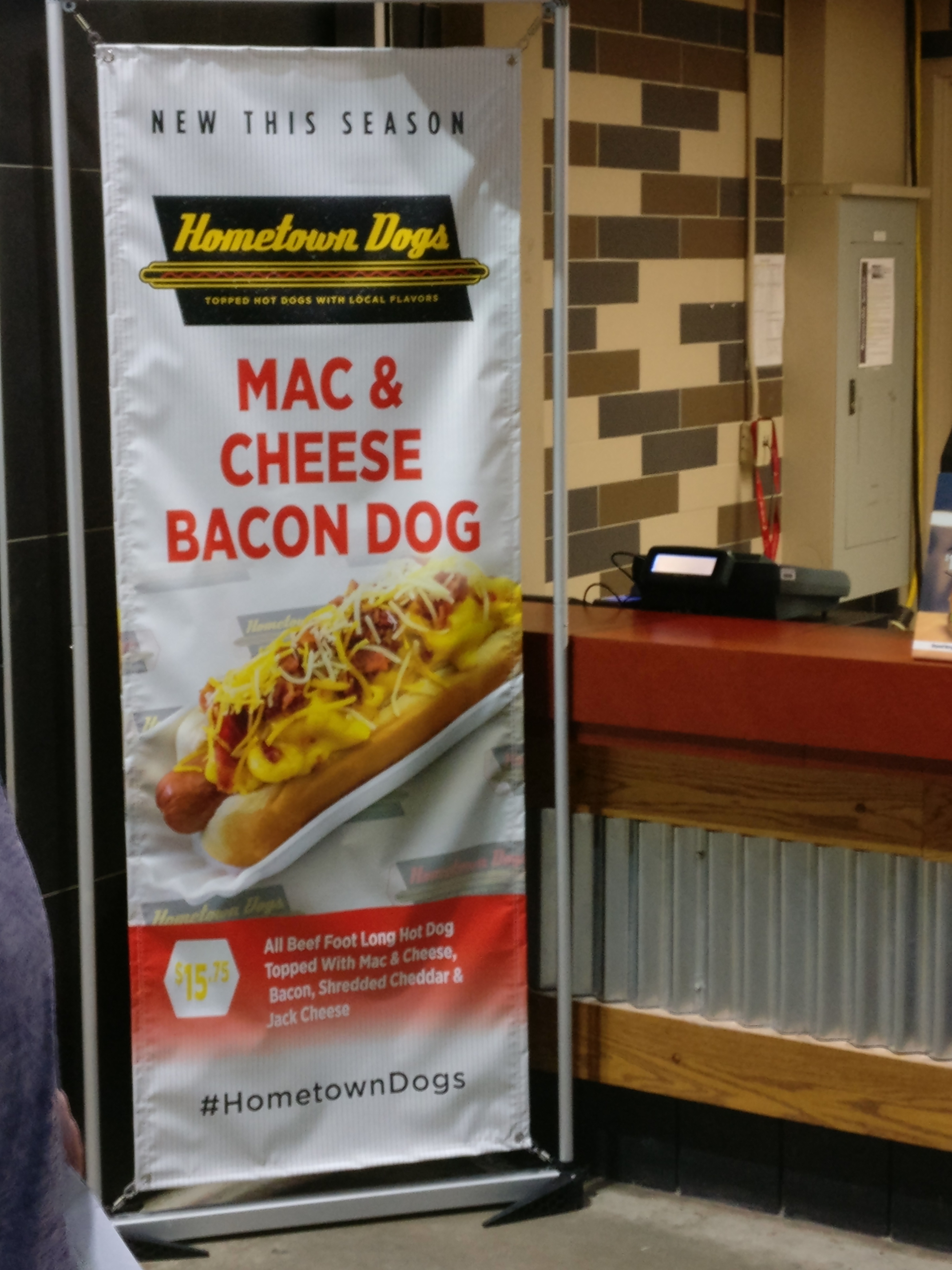 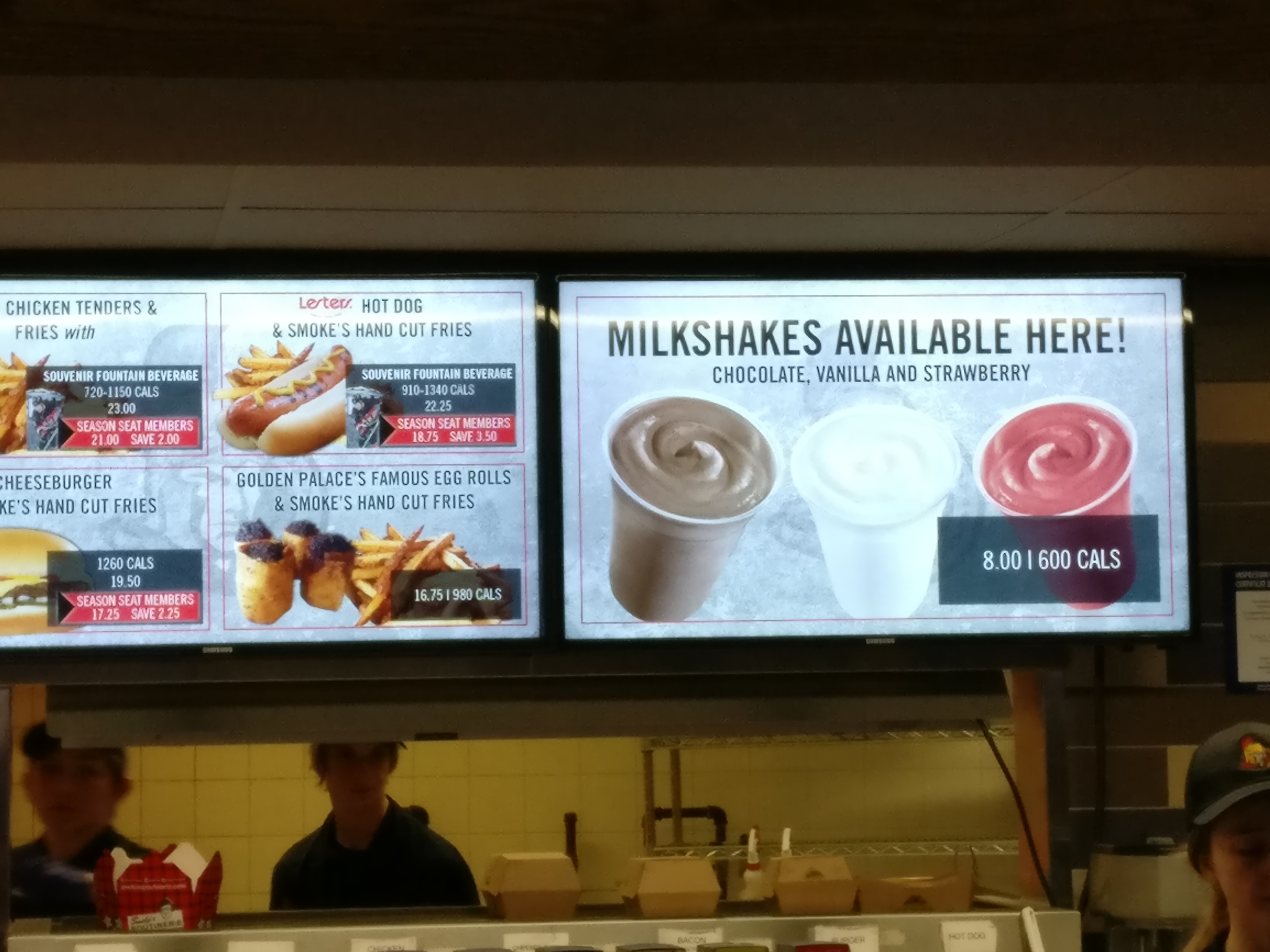 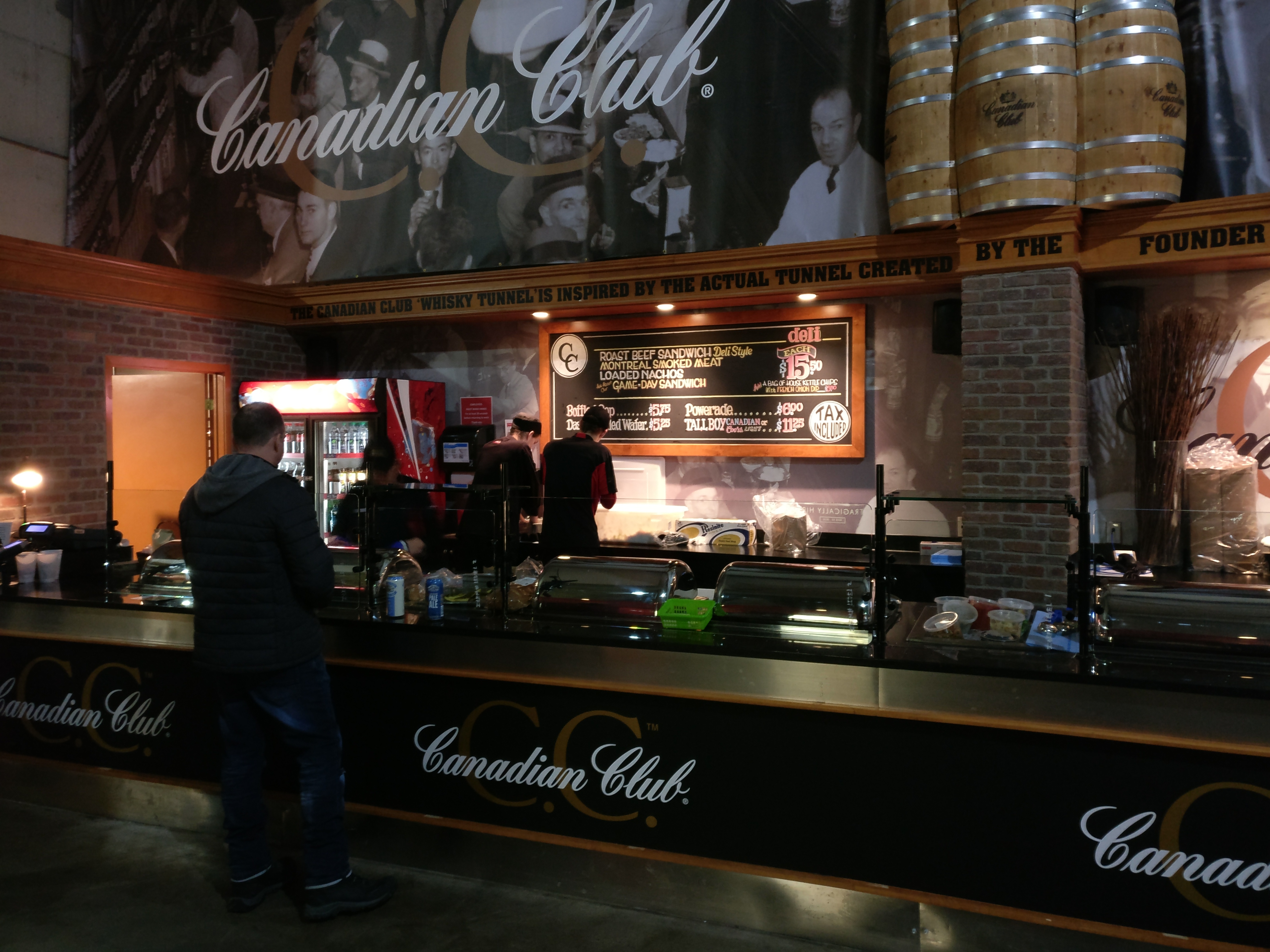 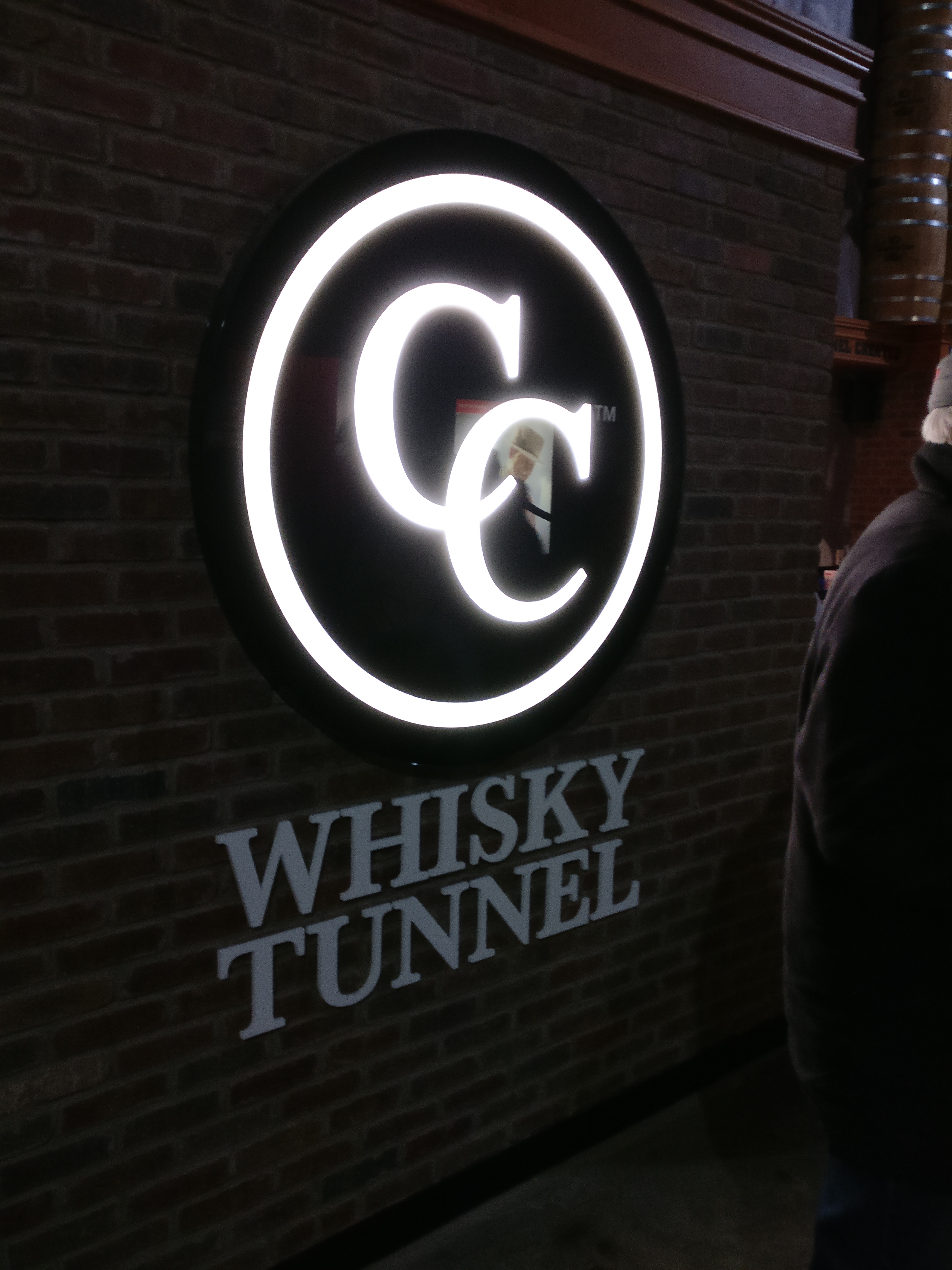 I came out of the Foodie Night event pretty impressed. I'm a season ticket holder, and even I didn't know about many of these new items available. Unless you walk around the entire building and look at the menus available at each, most fans wouldn't. Of course, all of the food items are still going to cost you, it is a sporting event after all.

Hearing the chef talk about how he can try out new items for a limited time at games to see how well received they are before considering them as permanent additions made me optimistic for the future. It's nice to see Aramark giving them the freedom to experiment and come up with new stuff to be added to the menu. What new food items will appear in 2019/2020? Whatever they are, it does seem like the food experience is certainly beginning to improve.