I don't know about anyone else, but I love game three most of all unless a game seven comes along. Game three is the first time the stakes in a series get raised. Game one is always my least favorite, because teams are usually just trying to get a sense how the series is going to go. A game one win isn't terribly significant in my eyes, except that it's 25% progress towards a goal. Game two, however, usually results in some kind of push back from the team that lost game one, because going down 2-0 in a series is not good. Game two means the intensity has been ratcheted up.

But game three is where the escalation game really comes into play. Both teams have an understanding of what it's going to take to win the series. The team that lost game two faces its first must-win of the series, because the loser of game three is the one staring at a deficit--and the team that lost game two must find a way to not only match the intensity it saw from its opponent last game, but also exceed it, since that's what it will take to win. It's no coincidence that the team winning game 3 goes on to win 69.5% of series when leading 2-1, and 98.3% of series when leading 3-0. Game 3 is the money game, and it's always my most favorite to watch. In, fact, I think

ATTENTION SENS FANS. I HAVE RETURNED FROM THE FUTURE TO TELL YOU WHAT WILL HAPPEN IN TONIGHT'S SERIES.

I realize last time was not correct, but I have recalibrated my machine to compensate for that. Here are screenshots and a recap from the future.

Tonight's game is a mixed bag, though Senators fans will ultimately be pleased with the result. Erik Karlsson continues to be a liability while the second line explodes when Cory Conacher is reinserted into the lineup.

Early in the game, after goalie Craig Anderson stands tall under a barrage of Canadiens shots, he is able to flip the puck to center Mika Zibanejad, who sneaks behind the defense on his very first shift. Zibanejad then beats Carey Price from far out--an early-season Zibanjead special--on an eminently stoppable slapper to stake the Senators to an early lead. 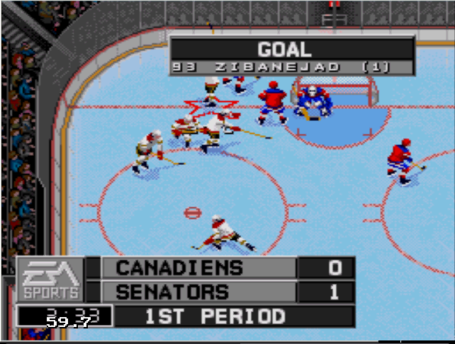 The good news for the Senators continues, as head coach Paul MacLean leaves his fresh line out on the ice, and Jakob Silfverberg wins a puck battle behind his own net to spring Zibanejad and Conacher up the ice. Conacher uses his speed to drive the net, tipping a second Zibanejad special past a sprawling Price. 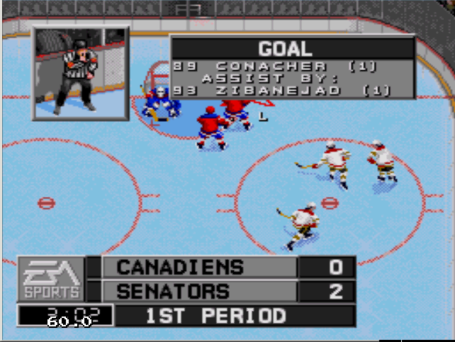 Before the game is two minutes old, it looks like the rout is on. Unfortunately, the tide begins to turn against the Senators at this point thanks to some seriously weak officiating. As Z. Smith is hooked on a breakaway, a whistle is blown, but it's against the Sens--Chris Neil is called for tripping. It's a bizarre moment, and it saps any momentum Ottawa might have gained. 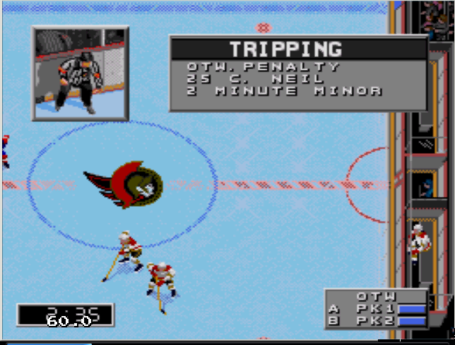 The penalty kill is sloppy, forcing Anderson to make a brilliant save on a breaking Raphael Diaz, but the problem is compounded when known thug Erik Karlsson is called for charging, giving the Habs 45 seconds of 5-on-3 power play time. 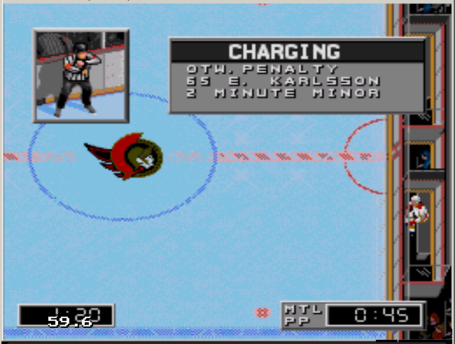 Thankfully, the period expires before the Canadiens can capitalize. The second period opens as the most violent of the series with teams exchanging hit after hit, culminating in Kyle Turris being checked into his own bench by PK Subban, followed immediately by an uncalled retaliatory boarding of Jeff Halpern by none other than Karlsson. 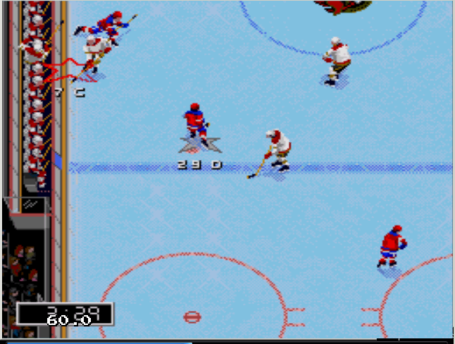 Look how far he went! 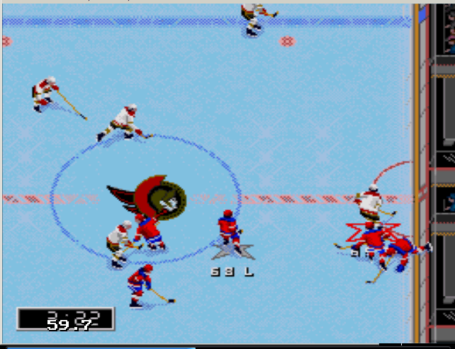 Anderson will continue to stand tall under a hailstorm of pucks until the second line gets back on the ice. Zibanejad will win a puck cleanly back to Jared Cowen, who walks in and rips a slapper past Price--only to have it hit the post and dribble across the crease, where Silfverberg is unable to get a stick on it and hit the open net. Friggin' Silfverberg. 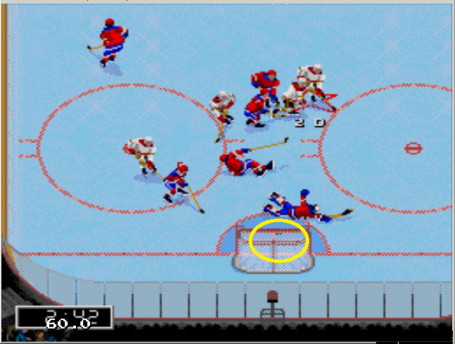 How does that not go in?!

Not long after, the Senators would give another chance to the Canadiens, when Patrick Wiercioch takes an unforgivable high-sticking penality in the Montreal zone. 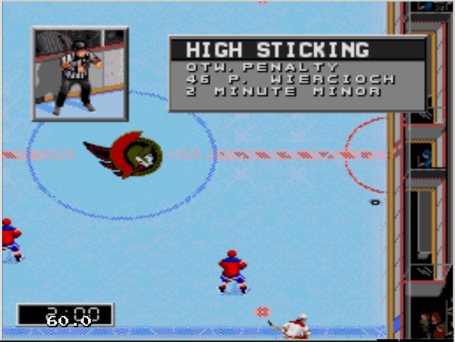 The call comes with exactly two minutes left in the period, meaning the Sens must once again try to survive. Once again, thanks to the strength of Anderson, they are able to do so. Taking a 2-0 lead into the third, the Senators have been outshot, but capitalize on their scoring chances.

The third period takes an ugly turn early as none other than Erik Karlsson catches defenseman Andrei Markov looking at his skates receiving a pass and promptly injures him. Karlsson is assessed 2 minutes for roughing on the play, and Markov will not return. 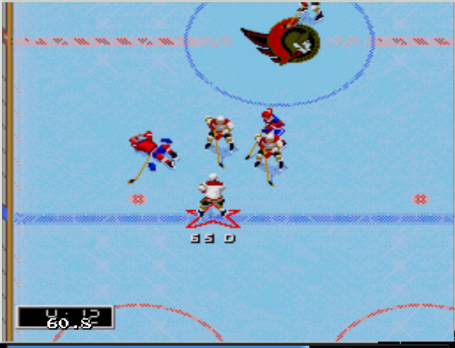 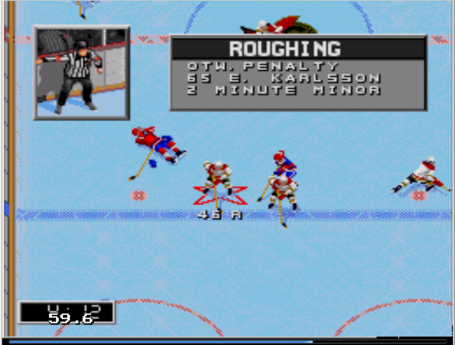 E. Karlsson, at it again.

Then, nonsense happens. A misplayed puck in the Ottawa zone leaves defenseman Jared Cowen with an opportunity to skate unopposed right up the middle of the ice, and he does. Though all five Habs players desperately race back to catch up with him, they're unable to reach him before he launches a laser past Price--and this time he does not miss the back of the net. 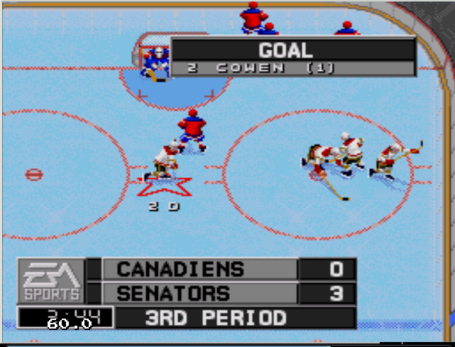 The shorthanded goal puts the Senators firmly in control with the game winding down, but they still must kill off the rest of Karlsson's reckless penalty. This gets much harder when Sergei Gonchar injures Max Pacioretty, who returns from a mysterious upper-body injury. 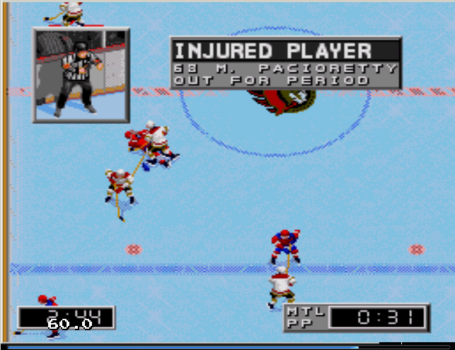 Gonchar, too, is assessed two minutes for roughing, and the Senators face yet another 5-on-3. Thankfully, Anderson stands tall, and eventually Marc Methot is able to clear the puck. After continued heroics from Anderson, the Senators are able to get their second line out for one last shift. Silfverberg intercepts a clearing attempt and fires his trademarked wrister past a surprised Price. 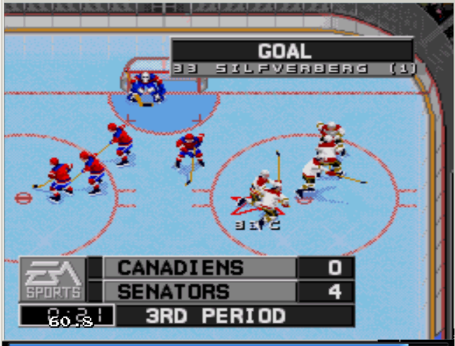 This, of course, kills any hope Montreal might have had, and the game ends with an Anderson shutout. The three stars: 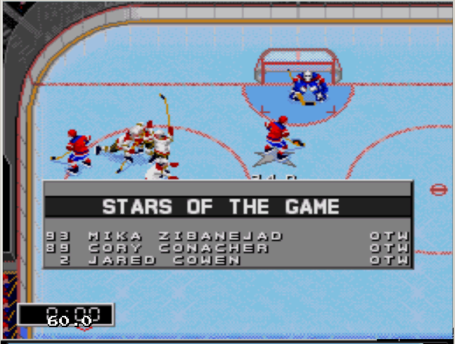 A shutout and no star. What bullshit.

Some stats from the game: 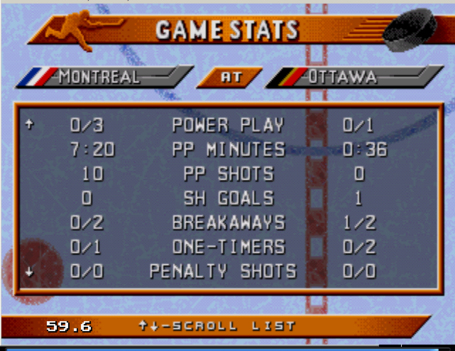 I NOW RETURN YOU TO THIS TEDIOUS WRITEUP.

that this will be the most exciting game in the series. There's a lot of storylines to talk about, so let's get to that.

MacLean says "everybody is available" -- meaning Alfredsson/Michalek/Greening should be ready for tonight.

Puck drops at 7, because Ottawa doesn't have any numbers to retire tonight. Line confirmations will be in the GDT if we get them.