Share All sharing options for: Round 1, Game 2 Preview: Ottawa Senators vs. Montreal Canadiens

Game 2 will soon commence. You are all probably wondering what to expect, and that is wise. I am here to help you with that. See, up until now we have just been writing crap to fill space. But now it's the playoffs, and it's time to give you an actual preview, and not just words on a page.

This season, while you have been whining about Kyle Turris, I have been using my mind to construct a machine letting me capture images from the future. Not a possible future. THE future. I recently captured tonight's CBC stream, and I am here to present you with indisputable visual evidence of how the game will go. Certain things will not look the same to you, but this is because you are dumb. I assure you this is 100% legit.

The first penalty of the game is called on Tomas Plekanec when Kyle Turris shoves him into Craig Anderson. 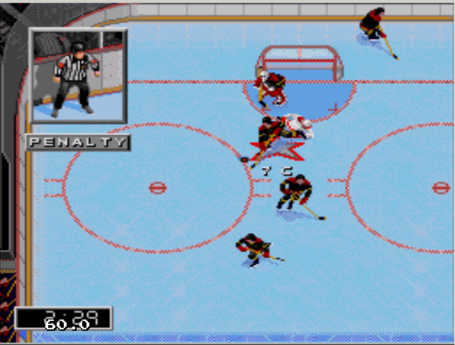 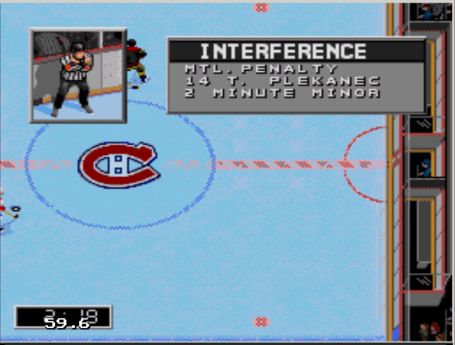 Of course, this being Ottawa, the power play is completely ineffective and ultimately ends early when known dirty player Erik Karlsson goes to the box for slashing: 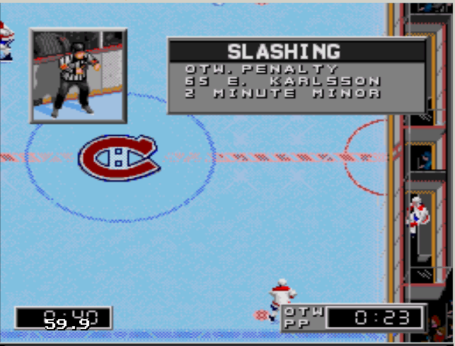 The first period would end with Anderson making a huge save on forward Alex Galchenyuk to preserve the 0-0 tie. 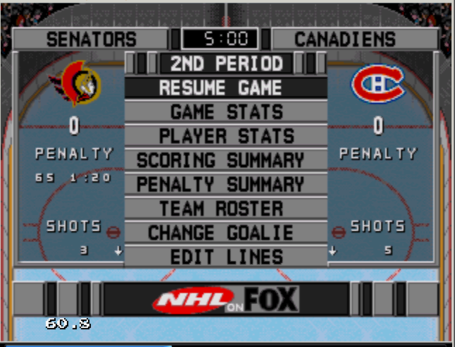 I don't know why CBC is advertising for Fox. That's weird. Anyway, the 2nd period will have much more action, as the mysteriously healthy Max Pacioretty takes a beautiful feed from David Desharnais to work a backhand past Anderson. Oh no. Ottawa's vaunted PK is coming undone. 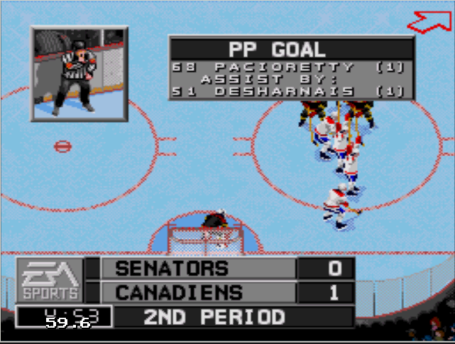 And things will get worse before they got better. The Habs will unleash a barrage of shots on Anderson, but he is up to the task, making save after save, culminating in a stop on a Yannick Weber breakaway. Erik Karlsson will then make an ill-advised rush during a Senators change, taking on four defenders, and acting out in frustration. 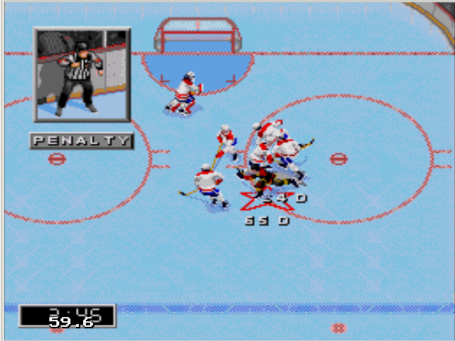 Karlsson's unbridled aggression will result in a four-minute double minor for roughing! Things are about at their bleakest at this point in the game, as the penalty comes with just 3:35 left on the clock. 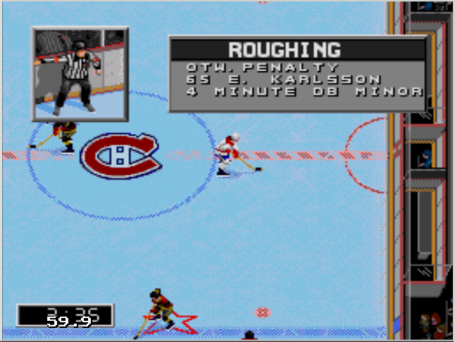 However, a great faceoff win by Z. Smith leads to a 2-on-1 with Guillaume Latendresse shorthanded. Price is unable to handle the rebound, and Latendresse buries it to tie the game at 1. 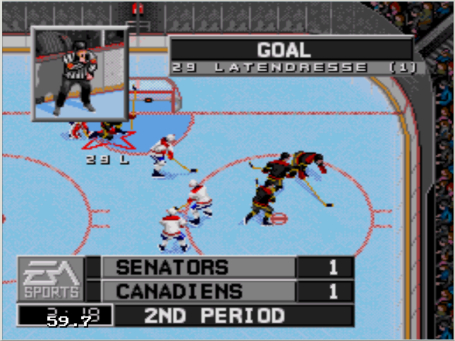 Do you believe this shit?
Unfortunately, things will not come easily for the Senators even with the goal, as Jakob Silfverberg is caught with a knee-on-knee hit while on the penalty kill. Davis Drewiske is assessed two minutes for roughing, effectively ending Montreal's power play, and Silfverberg will return in the third. 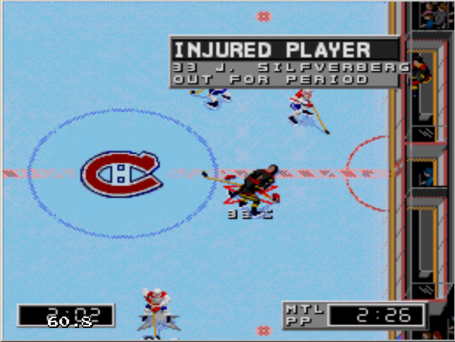 Say Ooh Ah Silfverberg
The four on four that follows is frenetic, with Anderson making several more big saves before finding Mika Zibanejad alone on the ice coming on a change. Zibanejad is able to beat Carey Price cleanly to stake the Senators to a 2-1 lead. 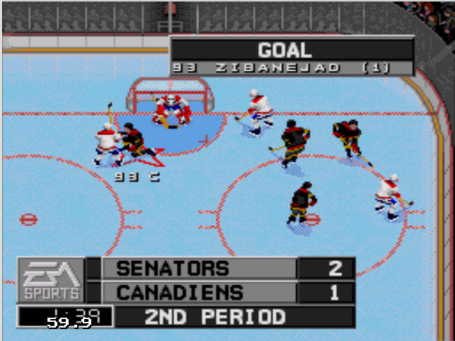 Then comes the back-breaker. With just 35 seconds left in the period, Z. Smith forces a faceoff in the Montreal zone. No one can win the faceoff cleanly and Sergei Gonchar pounces on the loose puck to fire a quick wrist shot to beat Price short side. 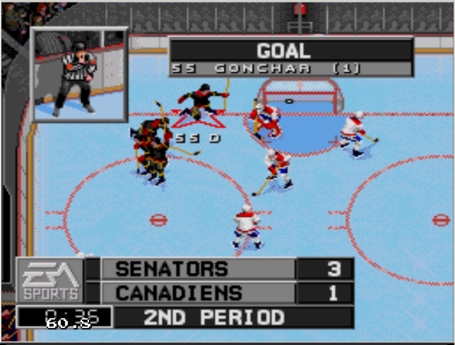 The third period is highlighted by a ridiculous three breakaways by Cory Conacher, the last set up on a long-bomb pass from Patrick Wiercioch, but Conacher is unfortunately able to beat Price on any of the attempts, which hilariously results in some after-whistle antics. However, no penalties are called. As the clock winds down, Erik Karlsson redeems himself by drawing a delayed penalty. However, before Montreal can touch the puck, Karlsson finds non other than captain Daniel Alfredsson alone at the point. Alfie rips a slapshot through a crowd in front of the net, beating Price high on the glove side to give the Senators a 4-1 lead. 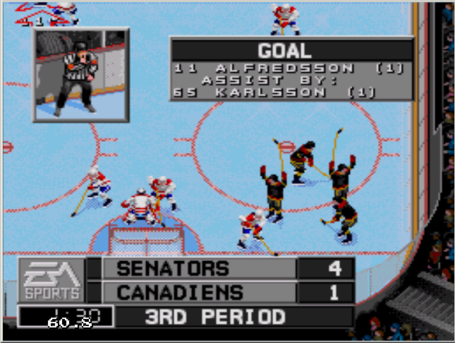 Who else?
That score will hold up, and the Senators walk away with a victory. Your three stars: 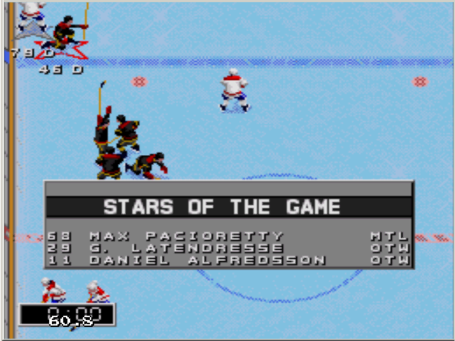 So, there you have it. Sit back and enjoy. We're in for a wild one.
Storylines: