The Other Ottawa Senators Considered for the Masterton Trophy

André Benoit was voted in as the Ottawa Senators' candidate for the Masterton Trophy last Tuesday. Bonk's Mullet considers other potential nominees.

Share All sharing options for: The Other Ottawa Senators Considered for the Masterton Trophy

Last Tuesday afternoon, the Ottawa Senators announced that André Benoit had been voted by the Ottawa media as the team's nomination for the Bill Masterton Memorial Trophy.

If you're not familiar with the trophy, here's the Wikipedia description:

"The Bill Masterton Memorial Trophy is awarded annually to the National Hockey League player who best exemplifies the qualities of perseverance, sportsmanship, and dedication to ice hockey. The winner is selected by a poll of the Professional Hockey Writers' Association after each team nominates one player in competition. It is often awarded to a player who has come back from career- or even life-threatening illness or injury."

Although André Benoit has more than earned the nomination, I took a fair and balanced approach to considering Ottawa's other potential candidates. 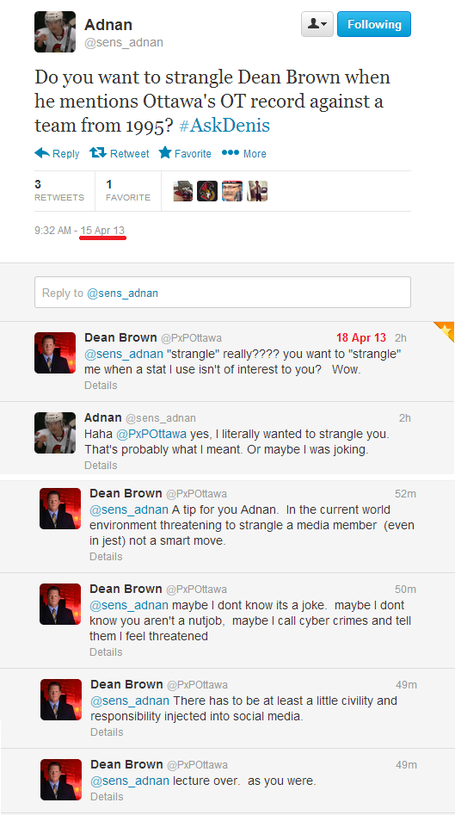 I encourage our readers to submit their own nominations in the comments.

Sens Money on the Board Update

Thanks for reading.
Radek Bonk's Mullet