Sens Money on the Board Update #SensMotB

After only two games and three days of the Sens Money on the Board campaign, Ottawa Senators fans have already raised over $1700 for the Sens Foundation. Thanks to generous donations from fans and local businesses, we've got a whole pile of prizes to give away to a few lucky donors.

Share All sharing options for: Sens Money on the Board Update #SensMotB

The reaction to the Sens Money on the Board campaign has been more shocking than Dr. Chow's magical healing powers. In case you missed it, here's a description of the campaign started on April 25th on the night of Erik "No Achilles Heel" Karlsson's return. We've seen huge donations from fans, as well as prizes donated from local businesses.

What we've accomplished so far

On the first night of the campaign, 53 Sens fans made pledges to support the Sens Foundation. The intriguing aspect of #SensMotB is that donations are contingent on in-game events. It's similar to gambling, except nobody loses. For example, $376.37 was pledged on the condition that the Ottawa Senators won and clinched a playoff spot against Washington. Overall, 42 out of 53 pledgers ended up with a donation on the table.

On the second night of the campaign, Ottawa screwed the pooch against Philadelphia. Steve Mason, known hater of charity, stopped 44 of 45 shots put up by the Sens, most of which were directed precisely at the Flyers logo on his chest. Luckily, the generosity of Sens fans overshadowed Mason's thoughtlessness. 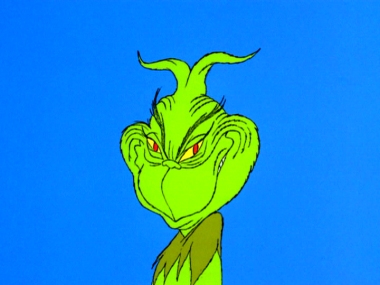 60 Sens fans made pledges on Saturday, although only 28 of those have been translated into donations so far. I'm still waiting for final counts on how many times Senatron appeared on the jumbotron, and how many times Kyle Turris kicked himself out of the faceoff circle.

That brings our total donation to over $1700 so far after only two games. I'd love to see this pace maintained for the playoffs.

Sens fans have truly made it rain. Note the resolve on Zibanejad's face.
via sensforlife11.weebly.com

Although the outpouring has been generous overall, a few fans have gone above and beyond the call of duty to Sens Army.

Thanks again to @C_RORRIS, a Sens fan from Saskatchewan, who donated $257 on the first night. Also, congratulations to Saskatchewan on getting Twitter!

A second hip hip hooray goes to @ChrisKardy and @ChristosTheod. They donated their 200-level tickets to Saturday night's game, which raked in $180 for the Sens Foundation. We also thank the sucker that paid $180 to watch that hockey game.

Scot McCormack (@scotmccormack) has offered to donate a Sens jersey signed by Alfredsson, Karlsson, Spezza, Michalek, Phillips, Regin and former-Senator Matt Carkner. He will be selling it on eBay with all the proceeds going to the #SensMotB campaign. We'll post a link to the auction once it's up.

Hefty Brennan-sized balls donation of the night goes to @VeroDaoust and @SimonBob who pledged for every PIM in Saturday night's game. Over 40 PIMs were handed out on one play when , but they were generous enough to uphold their donations.

Canada's Flag King (@Flag_King) has graciously donated 3 foot by 5 foot Ottawa Senators heritage flags. These will be raffled off during the playoffs to a few lucky donors. If things go as planned, we may have another collaboration with the Flag King. Stay tuned.

Local clothing company the613.com has agreed to donate two medium and two large "The 'Stache" shirts, which can be seen in their t-shirt collection here. That Karlsson Ikea shirt is hilarious.

We encourage you to support these local businesses who have made contributions to #SensMotB.

Kevin Lee aka @SensForLife11, a must-follow on Twitter (thanks to Kevin for creating the GIF above), has just become a must-thank in life. His hoarding merchandise-collecting addiction has turned into a positive for #SensMotB donors. Mr. Lee has offered up prizes for each of the guaranteed games left on Ottawa's schedule. Here's a link to his description of the prizes. For each game, every donor whose pledge turns into a donation will be entered in a draw for the relevant prize. Prizes include:

We'll follow up with details on how you can win prizes. We'll try to mix it up a little bit. Thanks again everyone,
Radek Bonk's Mullet

P.S. If you know any local businesses that might want to get involved, shoot me an email at BonksMullet@gmail.com