UPDATE: Due to the explosions occurring at the Boston Marathon this afternoon, it's unclear whether or not this game will go ahead. Regardless of what happens, our thoughts are with those affected by the tragic events.

The Ottawa Senators will play the last of seven consecutive games on the road when they visit the Boston Bruins tonight. The road trip started with a 3-2 loss in Boston and was followed by three more regulation losses. The Senators have since rebounded with consecutive wins in Philadelphia and New Jersey.

Here are the lines from Bruce Garrioch. Ignore the part with Mike Lundin centering the third line, and Eric Gryba on both the first and third pairing.

Some things for tonight:

Lastly, according to the Sens website, Milan Michalek has a new look going. 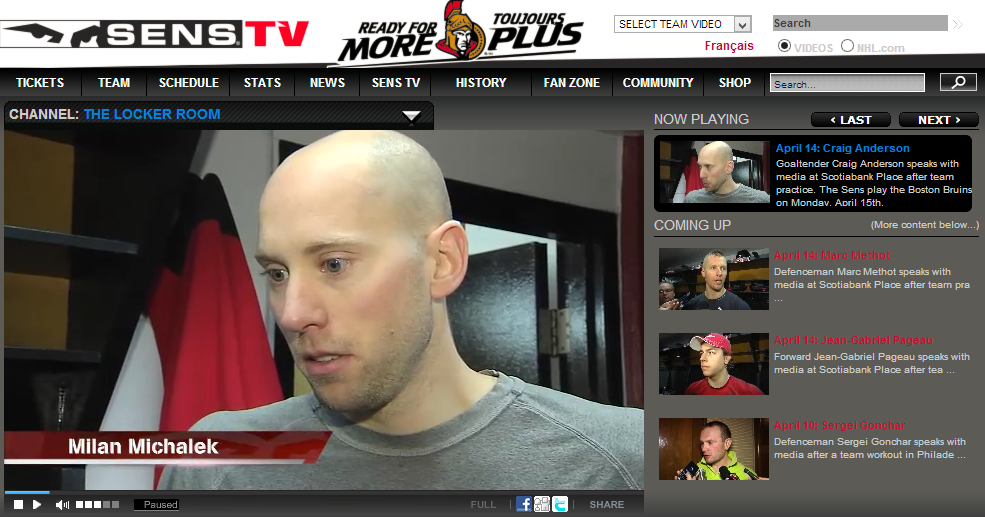