Silver Nuggets: The only way out is through

Share All sharing options for: Silver Nuggets: The only way out is through 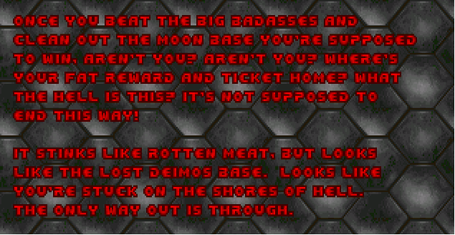 It's so easy to write Jared Cowen off as a bust.

With a $12.4M contract, the Ottawa Senators have made a significant investment in him. And, of course, he was drafted ninth overall, same as another would-be bust defenseman, Brian Lee. Up to this point in his career, Cowen's play has not justified either the contract he received, nor the slot he was drafted in. Perhaps--someday soon--we'll start to hear the hindsight complaints about how the Senators should have taken a player like Chris Kreider, Tim Erixon, Simon Despres, or Ryan O`Reilly instead. It's so easy to second-guess things by simply assuming different players would do just as well here in Ottawa, while assuming Cowen would struggle someplace else.

Of course, environments also play a factor in player developments. Maybe on some other team, Cowen is thrown into the fire and never misses last season and comes into this year with 164 games of experience rather than 89. Maybe he's played more than 17 playoff games. Maybe he's an emerging stud defenseman on some other team. We have no way of knowing.

What we do know is that Cowen has struggled this year, and you'd have to be pretty self-deluding to deny that. Of course, Erik Karlsson has also struggled--last night being a prime example--as have Cowen's original partner, Patrick Wiercioch, and Chris Phillips. Even Joe Corvo, who's got a good point production going, has had some poor defensive games.

What he doesn't have, though, is Cowen's contract. The reality is that for Cowen and Wiercioch, with those contracts come expectations. Karlsson gets, and deserves, more leeway because he's won a Norris Trophy and is putting up points at better than his Norris-winning pace while returning from a severe injury. Cowen and Wiercioch are big guys with lots of potential and little experience.

So, it's easy to look at their struggles and write them off as busts. The problem with this line of thinking is that there's no substitute for experience. In a video game, you can simply assign a numerical rating to a player's skill level, and reflect changes in performance by adjusting that number--but people aren't numbers. There's no binary "sucks/awesome" determination that can be made on a person--because no person is black or white, either or--because they're all capable of learning, and learning is not something that happens on a convenient mathematical curve. It's jagged and unpredictable, making it impossible to know when someone will put it all together and play like the player you believe they can be. Sometimes, like with Lee, they never do. Sometimes, like with Karlsson, they blossom far more quickly than you anticipated. The only thing we can say that we know is that experience is crucial to the learning process.

This creates a Catch-22 for young players like Cowen: They can't get better without playing, but if they're hurting the team, you don't want to see them play. This leads to a natural desire to swap a player our for someone who can play better at this point in their careers. But we've consistently seen that short-term thinking come back to ruin teams. Especially for the Senators, who are operating on an internal budget, identifiying good young players and developing them is crucial. Repeated impatience towards development leads to teams having no prospects--and the Senators aren't in a position to overpay buy talent.

The big question, then, is whether Cowen's struggles--and the defensive group as a whole's struggles--are correctable with experience. If they are (and I believe they are), then the choice is obvious: Keep playing your players, know that means they'll make mistakes, and work with them to improve, using those mistakes as teaching examples. In other words: The only way out is through.