Part 2 of this mini-series looks at a site that is more accessible to readers: the Bobby Orr Hall of Fame in Parry Sound, Ontario.

Yesterday's post looked at Hockey Heritage North, a museum with a broad scope, but today's post explores a museum dedicated to one individual: Bobby Orr. Arguably the greatest hockey player of all-time, the Bobby Orr Hall of Fame is a must for hockey fans. Whether you remember 1970 like it was yesterday or are new to the game, checking out Bobby Orr's memorabilia and learning more about this legend are worth it. If you're my age, this is a great museum to check out with your parents, especially if your mom dreamed of playing defense alongside #4, Bobby Orr. 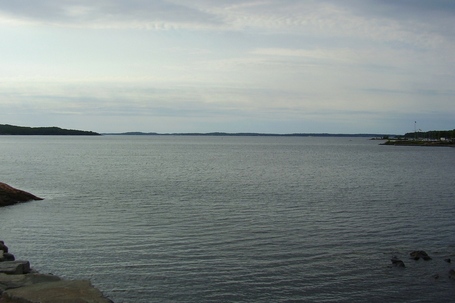 Above: View of Georgian Bay from the Bobby Orr Hall of Fame in Parry Sound, Ontario

Located on the edge of Northern Ontario in Parry Sound, Ontario - Orr's hometown - the Bobby Orr Hall of Fame sits on the shores of scenic Georgian Bay and is part of a larger complex (the Charles W. Stockey Centre for the Performing Arts). While open year-round, the summer hours (June 21 to Labour Day) are much better than the Winter Hours (open only Wednesday through Saturday).

Once inside, you'll find a treasure-trove of Orr information, photographs, and artifacts. Once again, this is an interactive museum: games and activities related to hockey can be played, such as testing your shooting accuracy. But the real reason to go to this museum is for Orr's memorabilia and there's lots of it. 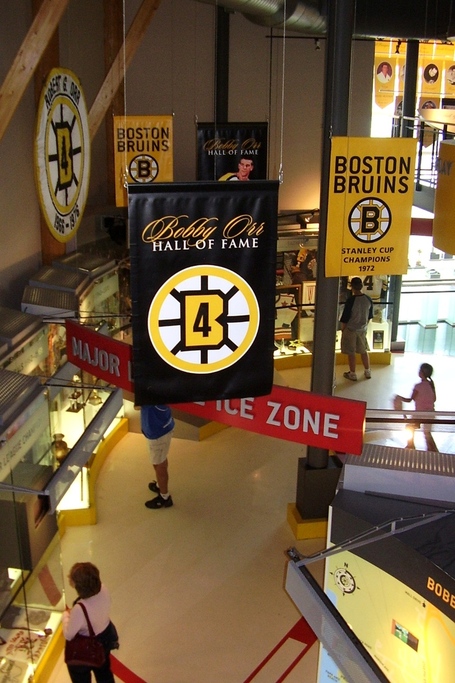 Above: the main gallery of the Bobby Orr Hall of Fame 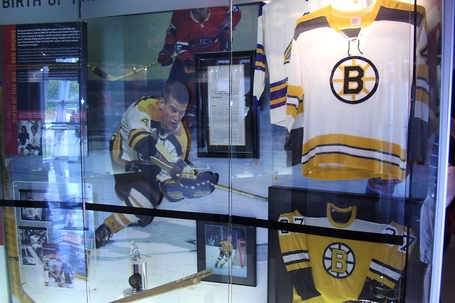 Above: Jerseys worn by Orr during his career

The stick he used to score a Cup-winning goal? Do you want to see Orr's Order of Canada? 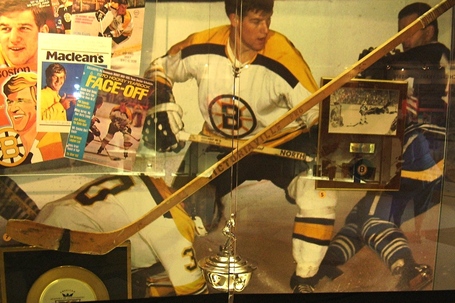 Above: Stick and puck from Orr's Cup-winning goal

The awards and trophies (including his replica Norris, Hart, and Conn Smythe trophies) he earned during his time in the NHL? A visual history of his career? Or do you simply want to have your photo taken in front of a statue of his famous Cup-winning goal celebration? The Bobby Orr Hall of Fame has all these things and more. 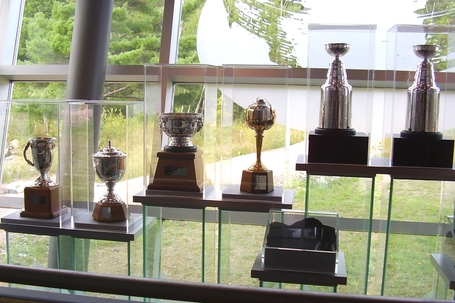 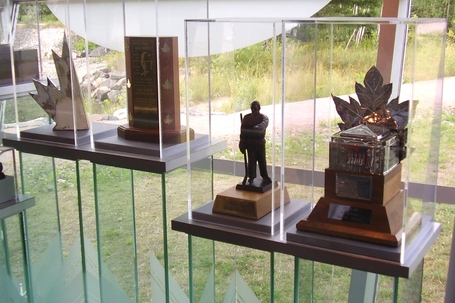 Above: Orr's replicas, including his replica Conn Smythe Trophy

The museum also contains a section for other successful local athletes, including information about the Hall of Fame's Honoured Members (who are inducted annually).

Next in the series: "The Northern Ontario Hockey Tour Part 3: the Tim Horton Memorial Museum"