posted by Peter Raaymakers 1 day ago

Let's not kid ourselves that there is no potential danger in this--in writing off the Rangers before the game has been played.

But they used to say if man could fly, he'd have wings. Except... he did fly. He discovered he had to. Do you wish that the first Apollo mission hadn't reached the moon, or that we hadn't explored beyond the edges of our maps? That's like saying that you wished that you still operated without anesthetics and sewed your patients up with catgut like your ancestors used to. We are right to acknowledge the enormous dangerous potential in assuming we're simply going to win this game. But I must point out that the possibilities, the potential for success is equally great. There's risk in every opportunity. Risk ... risk is our business. That's what this game is all about. That's why we watch.

Great moments are born from great opportunity. And that's what the Ottawa Senators have here tonight. That's what they've earned here, tonight. One game. If they played the Rangers ten times, they might win nine. But not this game. Not tonight. Tonight, Ottawa skates with 'em. Tonight, Ottawa stays with 'em, and shuts them down because they can! Tonight, Ottawa is the greatest hockey team in the world. The Senators were meant to be here tonight. This is their time. New York's time? It's done. It's over. I'm sick and tired of hearing about what a great hockey team the Rangers have. Fuck 'em! This is Ottawa's time!

I don’t know what to else say, really. There's two choices: They can get the shit kicked out of them, or they can fight their way into the second round. Now, we can’t do it for them. We're just fans. Look at the team. You'll see these young faces, and think -- I mean -- what's there to say? What are your expectations?

You know, when you get old in life things get taken from you. I mean, that's...part of life. But you only learn that when you start losing stuff. You find out life’s this game of inches. So is hockey. Because in either game, life or hockey, the margin for error is so small -- I mean one-half a stride too late or too early, and you don’t quite make it. One-half second too slow, too fast, you don’t quite hit it.

I’ll tell you this: In any fight, it’s the guy who’s willing to die who’s gonna win that inch. And I know if this team is gonna have any life tonight, it’s because they were willing to fight and die for that inch. Because that’s what living is! The six inches in front of your face!

Now, we can’t make them do it. They have to look at the guy next to them. Look into his eyes! Now, I think they'll see a guy who will go that inch with them. They're gonna see a guy who will sacrifice himself for his team because he knows, when it comes down to it, they're gonna do the same for him! That’s a team. That’s hockey, guys. That's all it is. And, either we cheer the shit out of this team and give them every ounce of energy we have as fans tonight, no matter the score, or we sit on our hands finding reasons to blame guys when they're fighting for inches out there. Now, what are you gonna do? 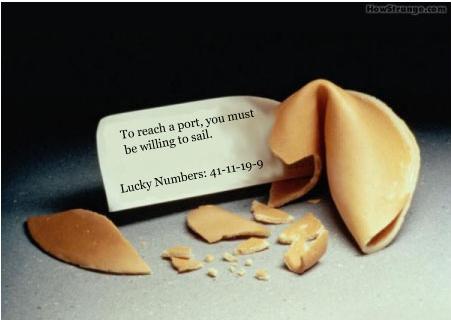 Overture: I am but a small voice

Uh, I don't mean to be a downer here, but is there a good reason to play Daniel Alfredsson in this game? I know he has a mutant healing factor and all, but I kind of want him to play next year. Don't you? And doesn't it seem crazy to you that someone who had a concussion is suddenly healthy just a week later? I don't want to doubt the guy, but I can't remember anyone else making a return that quickly.

It took Milan Michalek almost a month, and it took Jesse Winchester more than half a season--and look at how quickly he was concussed again.

We know that players who have suffered from one concussion are more susceptible (but not necessarily more likely) to suffer from another one, so where's the logic in risking Alfie's long-term safety to win a game against a team they've been able to beat without him?

As far as we know, he's been symptom-free for two days. If this were your son, would you throw him back out on the ice? If your doctor told you, "Hey, I know you just got your brains scrambled a couple of days ago, but you're probably okay now," would you trust them?

But that's the standard we're holding Alfie to because we really want to beat the Rangers?

I pray to the god of skinny punks that I'm wrong about this whole thing. I'm not trying to be negative--I probably love Alfie more than you do. But if his career ends early because he rushed back... no Sens fan can tell me it was worth it.

Tweet of the week: From our own Peter Raaymakers

REPORT: Bowing to fan pressure, #Sens will retire Silfverberg's number 33 in a pre-game ceremony before he plays a single game.

And if you're not a the game (where you should be starting a "GO SENS GO" chant right now) hang out with us in the comments section. Remember: both joy and despair are better when shared with others.