posted by DarrenM about 2 hours ago

How to score on Henrik Lundqvist

posted by Peter Raaymakers 1 day ago

I had a pretty fun childhood. I've fallen out of trees, jumped out of cars, skied through forests, jumped off of roofs (into snowbanks, don't worry), almost burned down a school (twice), detonated several hundred dollars' worth of various explosives, knocked out at least two other people, was ranked the top Civilization II: Multiplayer Gold player in the world on Case's Ladder, hacked and rebuilt a whole bunch of electronics to my parents' dismay, and wrecked more than one car--all without ever breaking a bone. I've also been almost kidnapped twice.

The first time I don't generally talk about. I was young and it was extremely scary. The only thing that saved me was one of those PSAs from the end of G.I. Joe cartoons--telling you how to get away from someone if they're in a car and you're on a bike.

The second time, I was older, but still young enough to be stupid. My friends and I had discovered a "hidden" fort in the forest behind our neighborhood. We knew whose fort it was--older kids who played football with us sometimes had built it out of stolen plywood in between some trees. It was slightly hard to find, unless you knew where to look. I remember being in there the first time we discovered it--I was terrified and wanted to leave, because I was convinced we were going to die. This may have had something to do with the fact that the fort was covered in warnings that said, "We know you're here and we're going to kill you."

Once I realized they did not, in fact, know we were there, the fort had other interests, since it was where the older kids hid their Playboys, a huge stash of junk food, and weed. The drugs had no interest for me (Thanks, G.I. Joe) but the other two were a gold mine.

I was engrossed in an article (that's right) excerpting Jose Torres' Fire & Fear: The Inside Story of Mike Tyson when I heard a sound behind me. I was sure I was busted, but my heart dropped into the pit of my stomach when I recognized my fellow occupant's orange jumpsuit and unshaven face. I was a kid. He was an escaped convict. between me and the door. I was dead meat.

But he didn't kill me right away, to my surprise. He just asked me if this was my fort. I told him no, it wasn't. As we shared a bag of Cheetos, he told me he'd need me to come along with him because he had a device on his ankle and he'd need a hostage. I told him that I would help him if he'd promise to let me go. He told me he'd come kill me and my family in the night if I was lying to him.

A cursory inspection of the device told me if I cut it, the circuit would be interrupted. I had taken apart enough VCRs and alarm clocks to know what I needed to do. I quickly returned with some heavy-duty tin snips and some copper wire. A little magic and we had the device off with no problems. He thanked me and disappeared into the night.

I never saw him again. I don't know who he was, what his crime was, or whether or not he'd really have been able to come find me and kill me in the night. I do know that ever since then, I've gotten packages at random intervals. Usually they are just small trinkets of things that are useful in my life: course textbooks, gift cards, etc. Yesterday, this arrived on my doorstep: 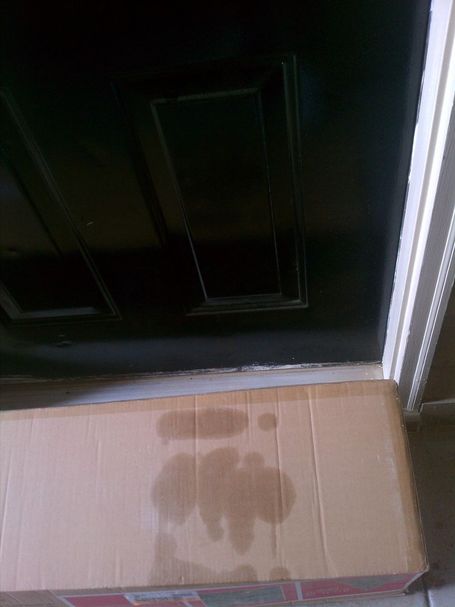 I think you know what was inside. It was accompanied by a note: "Hope this lives up to your other stories." 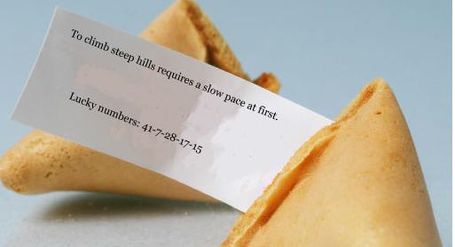 I'm lucky to be alive. We all are... remember that. It's easy to forget sometimes.

Overture: Holy crap, that was long

So, the calvary is coming. Mark Stone makes his debut tonight, while Jakob Silfverberg will take a little longer, because all of his friggin' hardware has to make it through customs. Despite what might be a nice little preview of the 2012-13 Ottawa Senators, the real question is: Do the Senators need the help?

The Senators are in this series largely because of the play of guys like Chris Neil, Zack Smith, Zenon Konopka, Jesse Winchester, Jim O'Brien, Colin Greening, and Nick Foligno. The loss of captain Daniel Alfredsson was a major blow for the team's offense, and we're fooling ourselves if we think a kid like Stone or Silfverberg is going to step into the NHL Playoffs for their first NHL game and replace Alfie. And if they're not going to play in the top six, why play them when the bottom six haven't been the issue?

No, despite our hyped-up excitement for these young players, the keys to this series remain Jason Spezza and Milan Michalek. The secondary scoring is firing on all cylinders to support them. If they can start generating offense in addition to that, the Senators will win. If they can't, the Senators will lose. It's that simple, and adding a kid to the lineup isn't going to change how those two are performing.

You know what's cool? The comments section. Do you want to be cool? Hang out with us there! Or be a loser; I don't really care.