I live on the banks of the Chattahoochee River (ha, the South has funny names... get over it, jerk), which is pretty awesome however you try to slice it. As I was on my morning run today (in a thunderstorm because I watch too many Rocky movies), I caught a glimpse of something floating in the water out of the corner of my eye.

It was a covered basket. I've heard some pretty crazy stories about Georgia, so I wondered what was inside it. Unfortunately, the cover obscured my view, and the basket was facing out away from me. There was no way to tell its contents. It was caught on some rocks, so I did the thing any guy would do: I looked for a stick to poke it with.

Sticks are easy to come by in the forest, so this was not something that took me long. But try as I might, I couldn't reach the basket to poke it free. The banks of the river were muddy due to the storm and I couldn't risk getting closer without falling in. I had to find some other way. Looking around, I noticed a tree branch hanging over me. There was only one thing I could do, because I was gonna poke that basket free no matter what.

Jumping up, I grabbed the branch in my left hand while I extended the stick further. It was just enough to make contact with the basket, but not to dislodge it. I worked my way down the branch until it was bending at an untenable angle, and my shoes were covered in mud trying to hold my body on solid ground. I was almost horizontal above the fast-moving river, swollen with rain. I gave the basket a good poke. It jostled, but did not break free. I gave it another vigorous shove, and it was almost loose.

And that's when I heard it. A sound like a stalk of celery being broken off. A quick glance behind me told me that my energetic poking of the basket had put more weight on the branch than it could hold. It would only support me for a few seconds longer. I had to make a choice: free the basket and eat a face full of rocks, or turn back.

There was really no choice at all.

I turned back, because running in wet socks is squishy and unpleasant. Leveraging all my weight against the rapidly weakening branch, I was barely able to scramble up the banks before it broke off, crushing the basket against the rocks. I could only watch as the basket slowly flooded and sank into the depths of the Chattahoochee. From the wreckage bubbled up some debris, including some wicker and a fortune cookie, perfectly preserved in its plastic.

The cookie floated lazily to a bank on a curve, where I was able to retrieve it with no further incidents. 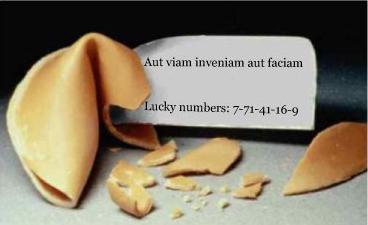 If that's not worth dry socks, I don't know what is.

Today's overture is brought to you by our friend, StraightFromTHM. He (or she, I suppose) also writes for Battle of Ontario, a blog you should check out. This is master strategy, people. I've forwarded it to Paul MacLean.

What else needs to be said?

No head-to-head today, because it's 5:22pm and I really need to publish this by 5:30 so everyone thinks I worked really hard on it and didn't wait until the last minute. Because I would never do that, especially on articles about Bobby Butler.

Who else here is listening to The Mighty Mighty Bosstones - The Impression That I Get to pump up for this game?!?!?!?!?!?!!?

As always, the comments section is where you want to be for this one. Unless you are at the game, in which case your only goal should be to be louder than the fans from the last game.