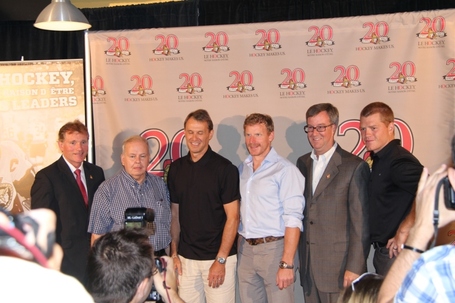 From left to right in the top photo: Cyril Leeder, a gentleman whose name I did not catch but may have been a relative of Frank Nighbor, Laurie Boschman, Daniel Alfredsson, Jim Watson, and Chris Neil.

Take the jump to see a few more photos from the event. All photos © Simon Cremer and Silver Seven.

First up was Max Keeping, who made the opening remarks and introduced the speakers. 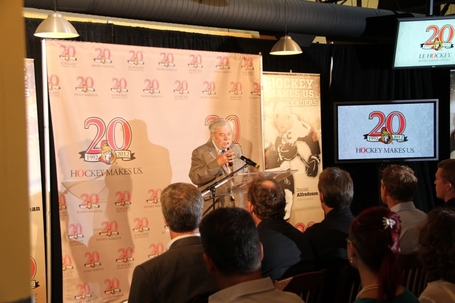 The first speaker was Ottawa mayor Jim Watson, who discussed the legacy of the Ottawa Senators in the community. He underlined the franchise putting Ottawa "on the map," so to speak, as well as the various charities that the team and its players support, the Rink of Dreams that the City and the Senators are building outside City Hall, and the financial benefits of having a pro hockey team in town. 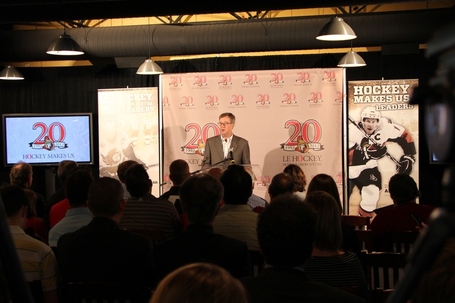 Next up was team president Cyril Leeder, who discussed many of the things that Watson said, and also went into details about the promotional schedule for the upcoming season. 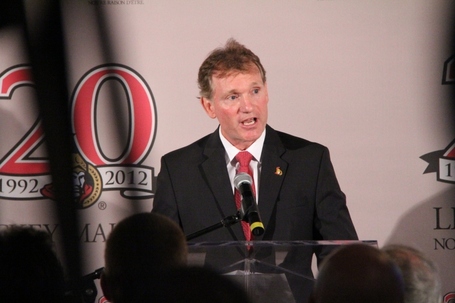 The third speaker of the morning was the first captain of the modern franchise, Laurie Boschman. Boschman talked about coming into Ottawa as an outsider and not knowing how long he'd be in town, and went on to say that the city was so welcoming his family decided to make it their permanent home. He also discussed the "very long and difficult" first season (his words, not mine). 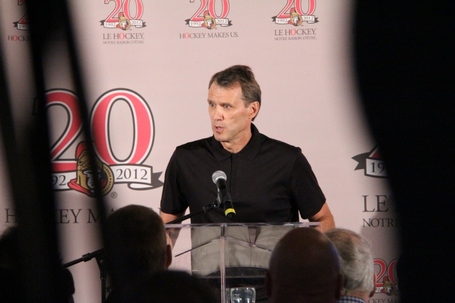 And finally, current captain Daniel Alfredsson stepped up to the stage. Although Boschman touched on it, Alfredsson was the first of the speakers to really acknowledge the fact that the community has contributed to the success of the organization at least as much as the organization has contributed to the well-being of the city; previous speakers were talking about all the great things the Senators have done for Ottawa--which are many and are impressive, don't get me wrong--but didn't seem to discuss much about the great things Ottawa has done for the Senators.

Alfie talked about coming into the community, being comfortable here, and said that, looking back on his time, "I realize how lucky I was to be drafted by the Ottawa Senators." 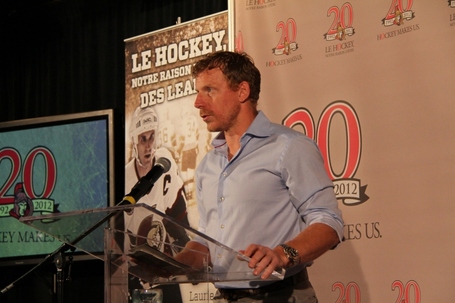 And here's a bonus shot of Alfie, getting attacked by the scrum. (I'm making a cameo in this photo.) 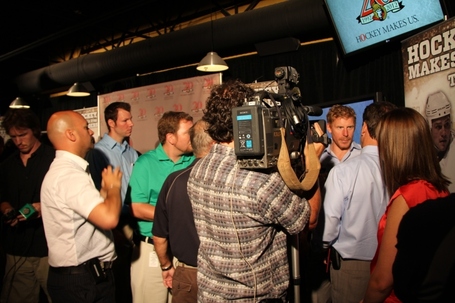