Hi everyone! It's Friday! One week before a four day weekend. Woo hoo! Starting today, I am going to have trouble finding Ottawa Senators news. I'll post it as it comes, but it will mostly be general hockey stuff and Binghamton news.

In any case, I don't know about the rest of you, but playoff games are just not the same without Ottawa. I am in a bunch of playoff pools, so it kind of gives me something to cheer for. Also, in case any of you were wondering, this is how the Silver Seven members predicted the first round match-ups. 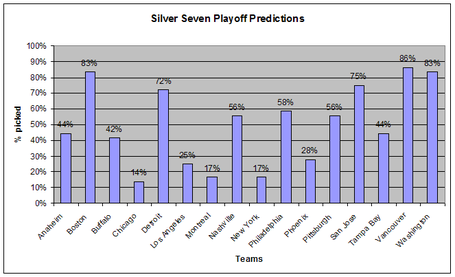 Here are today's links, brought to you by mangoes, the official fruit of the Silver Nuggets.

More after the jump.

And here are more links: