Yesterday, Ottawa announced they had signed goaltender Craig Anderson to a 4-year contract worth $12.75M, meaning a cap hit of roughly $3.18M per season.  You can find our analysis here, but Anderson has only played 11 games with the team, so we were suspicious that he might not be as familiar with the franchise as he said he was.  Did Bryan Murray bait and switch our latest franchise goalie?  We were able to get our hands on the pamphlet the Sens GM gave to Anderson only after the contract had been signed, and we reprint it here for you to decide. 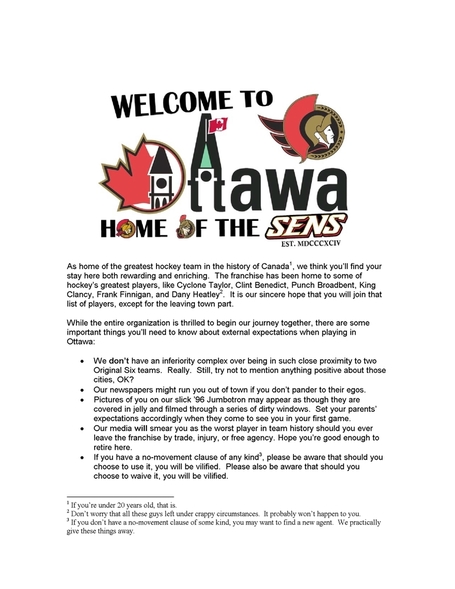 (read on for the back of the pamphlet...) 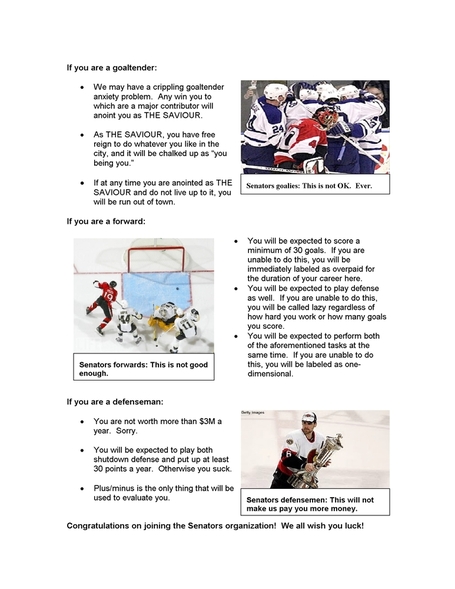 Huge thanks go out to Ryan Classic (who else?) for the "Welcome to Ottawa" graphic, and poster Sharkridingbear, who came up with the "goaltender anxiety" and "Jumbotron" bits.