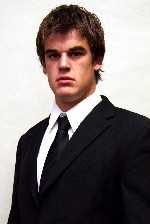 In a bit of a surprise move today, the Ottawa Senators announced that they have signed 20 year old CJHL forward David Dziurzynski to a 3-year entry level contract. The 6'3", 205lb native of Lloydminister, Alberta put up 21 goals while adding 53 assists and 79 penalty minutes over 57 games with the Alberni Valley Bulldogs of the BCHL. You can see more stats here.

It's certainly a depth move, as the BCHL is not a high end junior league on the same level as the WHL, OHL, or QMJHL. However, it has produced a number of current NHLers, including Brendan Morrison, Scott Gomez, and Shawn Horcoff. It has also produced former Ottawa Senator Bill Muckalt and current Binghamton Senator head coach Don Nachbaur.