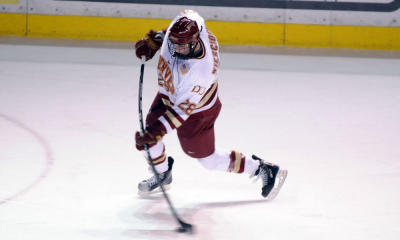 Wiercioch had a tremendous two years playing for the Denver University Pioneers, notching 12 goals and 35 points in 36 games during his rookie season, plus 27 points in 39 games this season after being hampered by injuries (which forced him out of contention for Canada's IIHF World Junior team).