Ottawa lost, and that sucks, but there are some positive things to take away:

The Sens have now lost five of their last six games, but it looks like there are plenty of reasons to have hope for the future coming out of this one. 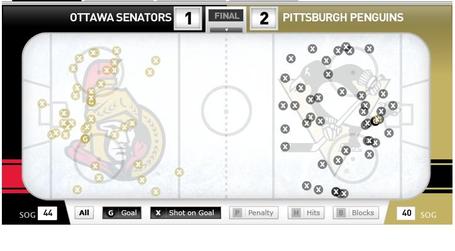