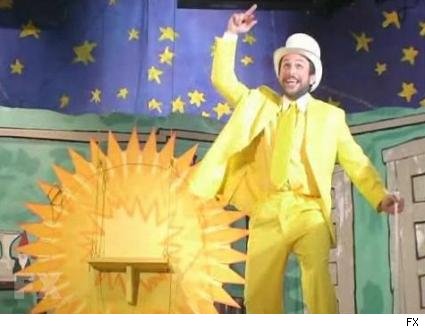 Charlie Kelly, A wildcard who is not on the Ottawa Senators' roster.

Some teams are extremely predictable: we know that the Detroit Red Wings will be a legitimate Stanley Cup threat yet again, and we know that the New York Islanders won't. You'd be hard pressed to find someone to argue otherwise.

But I'll say one thing - there isn't a person in this world who can figure out how the 2009-2010 Ottawa Senators will do.

It's not just that the team has a bunch of new faces, it's also who those faces are. The Sens have added three players who have shown brilliance in the past, but all three are coming with question marks - some bigger than others.

Alex Kovalev's history as an, ugh, "enigmatic" scorer has been written countless times over since he joined the Senators organization, but it's completely true. Now, there are those who feel he will thrive in Ottawa because he is no longer the star attraction of his team. However, others still feel as though his age and change of scenery are a bad thing - the man has been quite public with his love for Montreal, and how the Canadiens were his first choice on July 1st.

Pascal Leclaire has excelled on the international stage and his 2007-08 campaign was nothing short of phenomenal - tied for the league lead in shutouts (9), second in goals against and third in save percentage. However, this took place in Ken Hitchcock's defensive system, one that had rookie Steve Mason post such good numbers that he made Leclaire unnecessary for the Blue Jackets. Moreover, Leclaire is coming off a serious injury and surgery, which is never a good thing.

If these three players play to the high-end of their potential, then the Ottawa Senators are a lock for the playoffs. If a couple of them falter, then the Sens are looking like they are in position to miss the playoffs for the second year in a row.

If I were a betting man, I'd stay away from risking any money on this team.