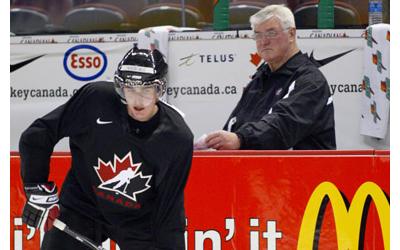 Patrick Wiercioch, Ottawa's second round draft choice in 2008, is one of 41 players invited to Team Canada's summer development camp for the 2010 IIHF World Junior Hockey Championships. The camp will be held in August in Saskatoon, Saskatchewan.

Wiercioch was invited to the final camp for the 2009 World Juniors, but failed to make the team. In this past year with the University of Denver, Wiercioch notched 12 goals and 23 assists in 36 games, good for second in defensive scoring in the league.

For more information on Wiercioch, check out this recent feature on him from the Senators' homepage.