Rumor: Ray Emery Back to NHL?

Share All sharing options for: Rumor: Ray Emery Back to NHL? 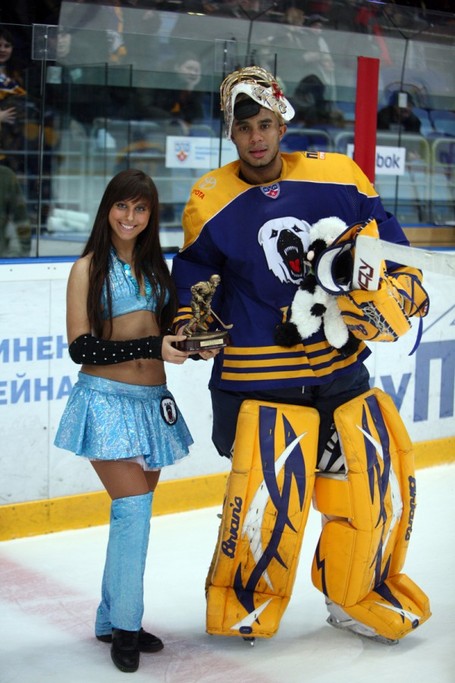 Now, we're not big on rumors here at Silver Seven, but if TSN is reporting it, well, we'll at least point you in the direction.

Interest has apparently sprung up again in much-maligned former Senators goalie Ray Emery. When he wasn't forcefully resisting headwear, Emery was having a successful season in the KHL with his team Atlant Mytischi. Allegedly, the Philadelphia Flyers are the main team to have expressed interest. The Flyers' GM, Paul Holmgren, is in fairly desparate need of a goaltender, as both Marty Biron and Antero Niittymaki are scheduled to become unrestricted free agents on July 1st.

This is just a rumor, so it should be taken with a very large grain of salt. Nevertheless, one can only wonder how (or if) Emery will be able to control his temper in a hockey market like Philadelphia, where physical play is encouraged and fans reminisce about the glory-days of Hextall. On the plus side, if he plays anything like Hextall, maybe he could even add some secondary scoring.