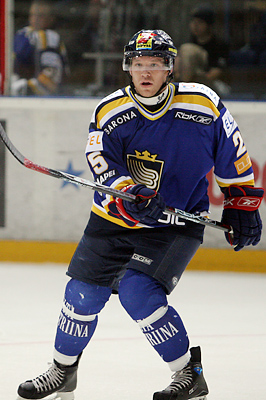 Finnish outlets are reporting that right wing Ryan Keller has signed with the Ottawa Senators. According to the report, the deal is just waiting for NHL approval. The Ottawa Senators have yet to comment on the deal, so consider this one unconfirmed for now.

Keller was born in Saskatoon, Sask. and spent his WHL career playing for the Saskatoon Blades. He then spent a few years playing in the AHL for the Grand Rapids Griffins and Syracuse Crunch, before spending the last two seasons in Finland's SM-liiga with the Espoo Blues, putting up more than a point per game in the 08-09 season. You can see his stats here.