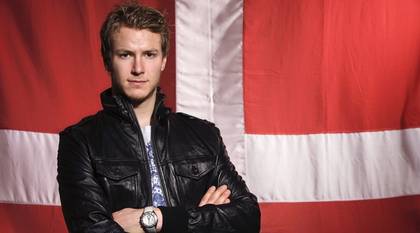 Two more Senators prospects will be playing in the 2009 IIHF World Hockey Championship. The first is Peter Regin, who will be suiting up for Denmark. Regin played 11 games with Ottawa this season, spending the rest of the year in Binghamton. The second prospect is Roman Wick, Ottawa's fifth round pick in the 2004 NHL Entry Draft. Wick will be playing for Switzerland.

These five join a large group of Senators who will be participating. Already confirmed for the World Hockey Championships include Jason Spezza, Mike Fisher, Dany Heatley, and Chris Phillips for Canada; Nick Foligno and Ryan Shannon for USA; Jarkko Ruutu for Finland; Christoph Schubert for Germany; Anton Volchenkov for Russia; and prospect Kaspars Daugavins for Latvia.

The tournament's preliminary round begins this Friday. TSN and RDS will broadcast all of Canada’s games, as well as the quarter-finals, semifinals and medal games. Online game coverage is also available at the IIHF website.