Share All sharing options for: The Record Books: Longest Streak of Playoff Appearances 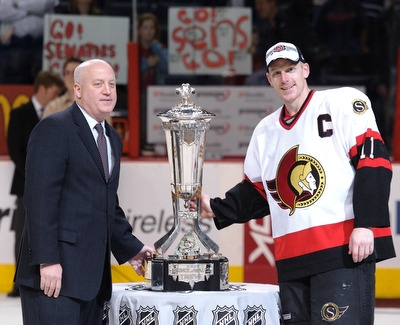 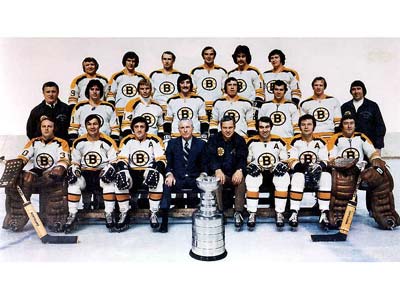 With the playoffs underway, it seems appropriate to look at the great playoff streaks in NHL history. The Sens are tied for 15th in NHL history with their 11 season streak, while the Boston Bruins tied together a massive streak of 29 seasons. However, the Bruins only hold the record because the Habs couldn't get two goals back in 1970. As Wikipedia notes:

An interesting note is that the Montreal Canadiens only missed the playoffs once between the 1948–49 to 1993–94 seasons. In the 1969–70 NHL season, they placed tied for fourth (and last playoff place) with the New York Rangers, but were eliminated on total goals scored (they scored 244 to the NYRs' 246 goals). If they had made the playoffs that year, they would have had a post-season appearance streak of 46 seasons.

It's pretty difficult to compare the two records due to the different eras. When Boston started their streak, there were twelve teams in the league, and only four did not make the playoffs. Therefore, while only slightly more than half the teams make the playoffs now, back then two thirds of the league did. However, they did keep it going until 95/96, so that excuse only goes so far.