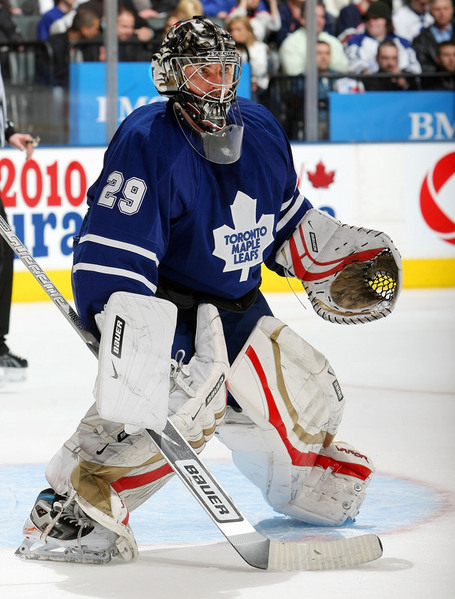 He's back, everyone! Martin Gerber is back! I say we give him a welcome as warm as that we gave Patrick Lalime on Saturday night. (EDIT: Damn, apparently he'll be backup tonight. At least he'll be used to it, even if it'll be the other bench.)

That picture, though, is almost rewarding. I hope he keeps his Sens mask and equipment all season long.