Senators have a one in a thousand shot at the playoffs!

Share All sharing options for: Senators have a one in a thousand shot at the playoffs! 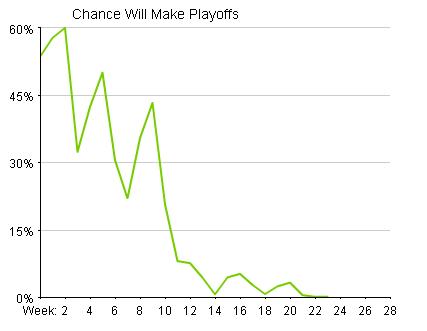 According to Sports Club Stats, the Senators have a 1/1000 chance of making the post-season this year. But that's a better chance than Colorado, Atlanta, and Tampa Bay (whose odds are just above 0.0) and apparently the Islanders are already statistically eliminated.

Now, if only we could determine Ottawa's chance at getting the number one overall pick in the 2009 NHL Entry Draft. According to SCS, Ottawa's projected to finish in 11.77th place, so I don't know what weight the NHL gives to that standing.