No Habs No: Lydman, Ponikarovsky, Drury, Rolston, and Okposo

Share All sharing options for: No Habs No: Lydman, Ponikarovsky, Drury, Rolston, and Okposo

It's a No Habs No! bonanza! I'd fallen behind a bit in writing letters, so I figured I'd just post them all in one giant NHN post to give everyone an overdose on anti-Habs goodness. Featuring Cyrillic characters, more Canadian Tire money, Finnish metalheads, and the other crap you've come to expect from my letters.

Since the campaign began, the Montréal Canadiens have compiled a record of 27-22-8, and fallen to their current position of eighth in the Eastern Conference, one point ahead of the ninth-place Florida Panthers.

Without further adieu, let's get to letters, starting with the most recent: To above-mentioned Finnish metalhead Toni Lydman of the Buffalo Sabres: 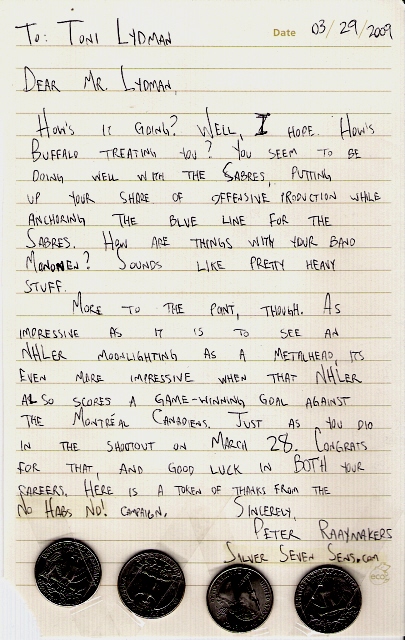 Next up is the second Toronto Maple Leaf to receive a No Habs No! letter, Alexei Ponikarovsky. Because he's a dirty Leaf (no offence, Alex), he receives Canadian Tire money (and because I could only find small bills, he barely receives a full dollar): 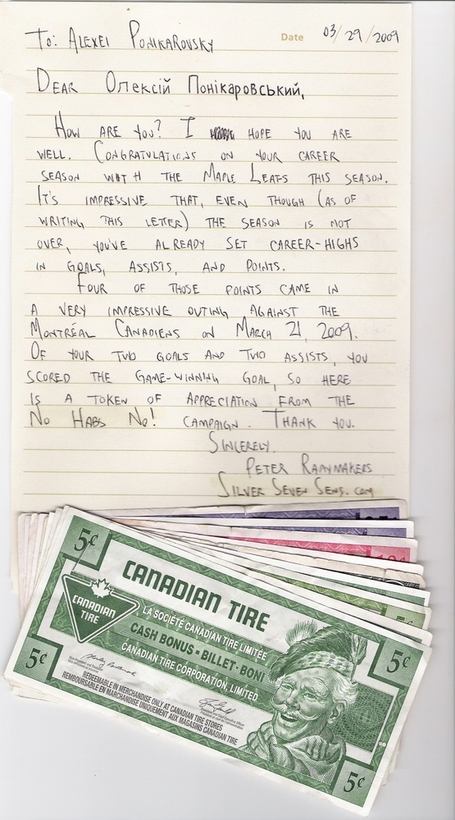 Third is Chris Drury of the New York Rangers: 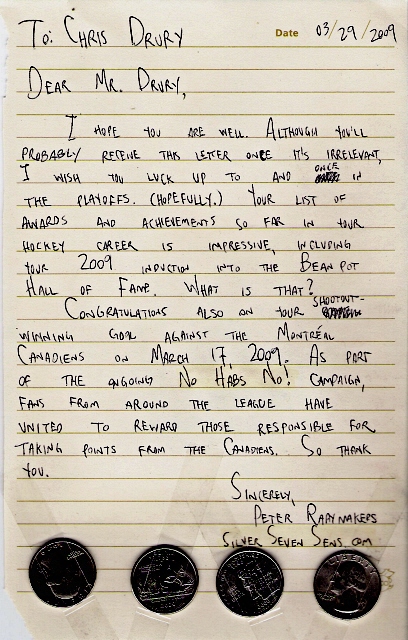 And then Brian Rolston of the New Jersey Devils, a team that is awesome in No Habs No!-ing: 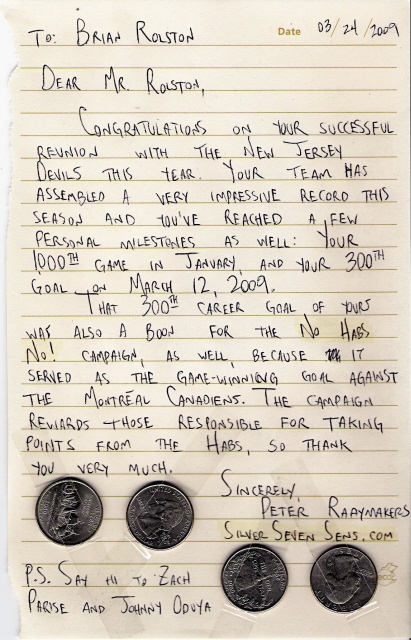 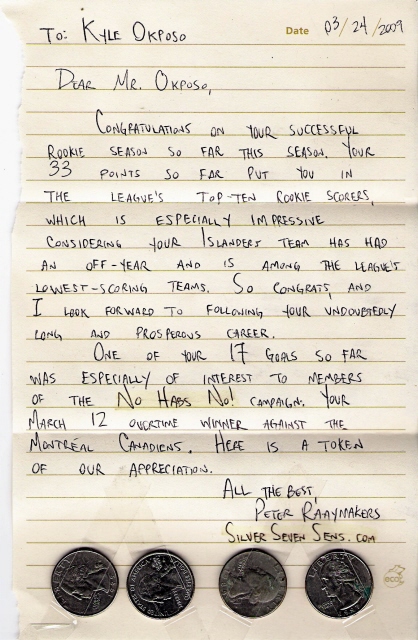 To support the campaign, you can do any of the following: