The Full History of the Hockey Tree

Share All sharing options for: The Full History of the Hockey Tree

On Sunday, I posted a fairly unremarkable account of the origins of the Hockey Tree. All I could find for information was a patent from the early 90's, which gave very little information as to the inspiration for the invention. In my article, I bemoaned the lack of a history available.

The next day, however, something remarkable happened: I received an email from Mark Mallen, the son of Frank Mallen. You may remember that Frank Mallen was the man I credited with the invention of the hockey equipment drying rack known as the Hockey Tree. Mark has been his dad's co-partner in the business since 1992, and somehow stumbled across our little write-up on the product. He asked if I'd like him to share the origins of his father's hockey equipment drying rack with the world, and the tale he told me is the kind of classic hockey story that deserves to be heard. So here it is, the true story behind the hockey equipment drying stands known across the world as hockey trees, as told by Mark Mallen.

We were three boys playing hockey in the West Island. My father had made a pegboard in the garage for us to hang our equipment off of. Well, there weren’t enough pegs on the board for all of us, and my brother Mitch was sick of showing up at the arena with two left skates or other pieces of our equipment. Mitch and my father went into the garage one night and put together the first Wet Gear Locker. It was a big clunky thing which stood about 6 feet tall and when completely dressed looked like a hockey player.

A friend of my father’s saw it and asked, "What do kids usually do with their equipment?" That started my dad asking a lot of questions and making some prototypes. My father and his friend took a player model and a goalie model to a hockey show in Chicago (NSGA) . The response was positive, and they came back home with a small handful of orders. This got us going on a few hundred pieces in our garage. My father started aggressively calling pro-shops and any stores that would sell hockey equipment, and slowly from there the business grew. My brothers and I would volunteer our time helping with the production in exchange for the car to go out with our friends. 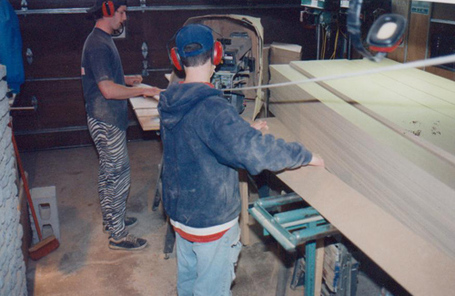 The making of the hockey trees (zebra pants not included)

It was hilarious and nerve-wracking working out of our garage, as you are not allowed to do this in Dollard Des Ormeaux, Quebec. It got even scarier when big 18 wheelers would come down our little residential street to drop off a load of wood, or when an 18 wheeler would come over to pick up some larger orders. 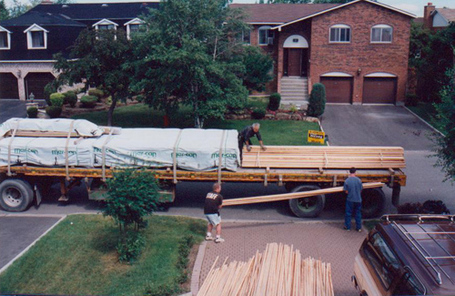 We finally got a big contract which allowed us to get our first space in St. Laurent. Good thing -- I was tired of having empty boxes stored in my bedroom. From there it quickly grew, and a few years later we moved to a bigger space in Dollard Des Ormeaux. 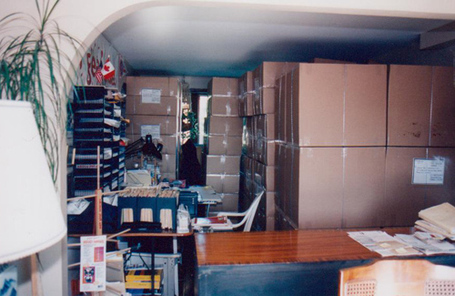 Storing the product in the Mallen family home 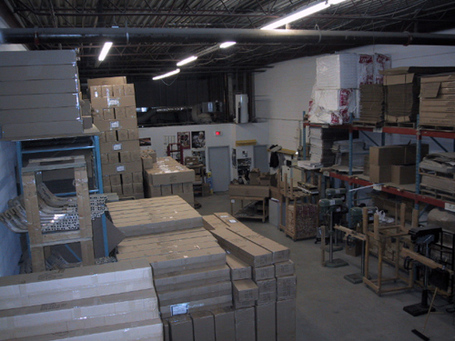 Where they store the product now.

We are truly a family business with my father, myself, 2 brothers, aunt and family friends that we have hired over the years. The daily scene here looks a lot like American Chopper (without the motorcycles).

We sell our hockey racks worldwide. In past years we have developed a few camping items that we have taken to market under our newest branch "Camping Logic".

This is us in a nutshell.

Silver Seven Sens would like to thank Mark Mallen for contributing his great story to us.