The News: Sens fans are hicks, but Leafs fans are jerks

Share All sharing options for: The News: Sens fans are hicks, but Leafs fans are jerks 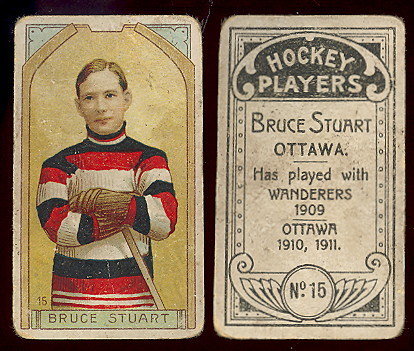 The Ottawa Citizen's Kelly Egan has the strangest writing style I've ever seen. And he also delved into our sports writers' recent obsession with celebrity:

What does our fixation with these women say about us?

Well, it likely means we're as attuned to the western world's vapid celebrity culture as the next town. No flies on us. We got cable up here.

But do we look like hicks, impressed with any minor visitor from Planet Celeb? I'll let you ponder that one. I think Ottawa, at its heart, is still a small town trying to be a big city, which, by the way, suits some of us just fine.

Do we look like hicks, or do our "middle-aged, busted and beyond redemption" sports writers just look like jerks?

You may or may not be surprised to hear that Ottawa's got two defencemen in the top 23 leaders for James Mirtle's Rod Langway award: Anton Volchenkov (14), and Chris Phillips (23).

The Don Brennan-initiated campaign to run Filip Kuba out of town has ratcheted up again. It started out in October, when the Ottawa Sun columnist lambasted Kuba--who at the time had seven assists in the first five games--for not hitting enough to suit Brennan. He stepped up his campaign yesterday, calling Kuba "buttercup" and questioning his sickness based on the fact that he had breakfast that morning:

Filip Kuba will miss his third straight game with an "illness" tonight.

To me, this just isn't right.

At the risk of sounding like I'm just picking on the guy, how sick can he be? I mean, really.

I saw Kuba this morning. He looked fine. He had just been to breakfast and he was on his way to the rink, where he and Chris Neil were the only two Senators to go for the morning skate. Afterwards, Neil determined that he was going to play tonight against the Bruins, but Kuba deemed it necessary for another couple of days off to make sure he's fully recovered from the flu?

Ottawa's change under Cory Clouston has greatly improved the Sens' play, for sure, but, as Mirtle demonstrates, Dan Bylsma and Joel Quenneville have had even greater effets on Pittsburgh and Chicago, respectively. (Bob Gainey doesn't count yet.)

I think we can safely extrapolate this gentleman's behaviour and say that all Leafs fans are douchebags:

I want to know what the guy yelling "HEY ARMY GUY! ARMY GUY!" expected "army guy" to do.