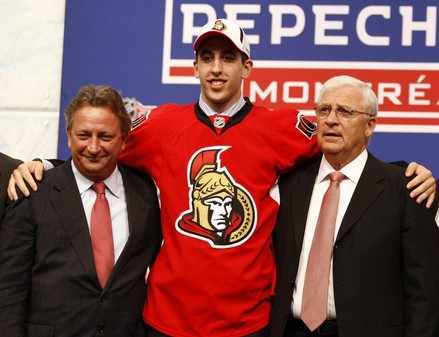 The Ottawa Senators' first round pick (9th overall) in the 2009 NHL Entry Draft, Jared Cowen, has made the final Team Canada roster for the 2010 IIHF World Junior Hockey Championship. The tournament starts on December 26th and takes place in Regina and Saskatoon.

Cowen is one of three Ottawa Senators prospects playing in the tournament, the other two being Jakob Silfverberg and Andre Petersson, both with Team Sweden.